Ideas
By Kali Holloway
Kali Holloway is a freelance writer and independent documentary film producer. She lives in Brooklyn.

Recently, Charlotte Lucas – co-founder of Lucas Oil, the corporate namesake of the Indianapolis Colts’ football stadium — took to her Facebook account to comment on unchecked minority rule in America. “I’m sick and tired of minorities running our country!” her post began. Perhaps sensing that the phrase “our country” leaves some room for interpretation of proprietorship, Lucas helpfully clarified to whom she believes America does not belong:

While she loses points for loose-cannon bigotry, you can’t accuse Lucas of being anything but plainspoken in her honesty. In fact, it’s difficult to imagine that her rant reads as anything other than she originally intended it to: an unrestrained and uncensored outpouring of her exasperation with what she sees as rampant minority overreach in national affairs. It’s odd then, that just 48 hours later, Lucas (or more plausibly, someone in her company’s public relations area) issued an apology in which she called her comments “insensitive,” saying that they “did not reflect [her] true feelings.”

A few days later, Forrest Lucas, co-owner of Lucas Oil and Charlotte’s husband, took out a full-page ad in The Indianapolis Star to again apologize for his wife’s rant. “She has issued an apology with the hope that it will be accepted as sincere,” the open letter stated. “The reality is that the message posted on Charlotte’s Facebook page does not reflect the feelings in her heart.”

And scene. That is to say, at this point, even the least imaginative among us could have scripted this procession of events, so familiar are we with the story arc. With her apology, Lucas joins a less than esteemed – but ever expanding – group of public figures who have made inflammatory and often straight-up offensive remarks, only to issue apologies within days and, not infrequently, hours.

There are a number of things about these sudden turnabouts that push and tug at the boundaries of credulousness, not the least of which is how miraculous – and while we’re at it, unbelievable – such a radical change of heart seems in such a brief period of time. It’s “sorry” as a plea for critics to get off your back; an empty gesture toward repentance to stem a rising tide of outrage and bad publicity.

But this kind of inauthentic contrition is ultimately not just useless, it does a disservice to us all. Fake apologies, particularly those extended for bigoted outbursts, ask us to pretend that prejudices are shed as easily as coats, and to believe they can be readily remedied with regretful turns of phrase. They insist that we collude in ignoring even the most loudly stated admissions of bias and, what’s more, that we overlook what they imply about the greater pervasiveness of those attitudes. They make no effort toward erasing bigotry itself, just any apparent signs of it.

Context is everything, and in the case of these sorts of apologies, we need only look at the larger culture to find it. The endless stream of false apologies from public figures mirrors our overall collective inability to admit or acknowledge our most deeply held feelings of prejudice and bias. And if the growing frequency of these insincere apologies is any indicator – and I believe they most certainly are – they are sentiments that are widely held, if rarely publicly spoken.

The front-and-center bigotry on display in the original inflammatory comments is, quite often, preferable to the racial shell game we find ourselves playing with empty public apologies. To recognize hateful language – as well as the feelings that inspire it – and call it out would be a far more effective means of dismantling racism and discrimination than the alternative of merely pretending to look the other way. You cannot change what you cannot name, as the old saying goes. It would also simply let us know where we all stand and force us to own our ugliest opinions. Ted Nugent may be an unrepentant racist and sexist, but he always keeps his hands where I can see them, so to speak.

Don’t get me wrong — saying awful things deserves reprisal, from boycotts of your brand to the loss, even temporarily, of your cable television show. But in a society where racism, sexism and bigotry impact nearly every measure of American life, honesty about prejudice and discrimination serves as a sort of useful tool for moving the conversation around issues such as race and gender forward. In short, the message is “say what you mean.” In the end, I’ll respect you more for it.

Kali Holloway is a freelance writer and independent documentary film producer. She lives in Brooklyn. 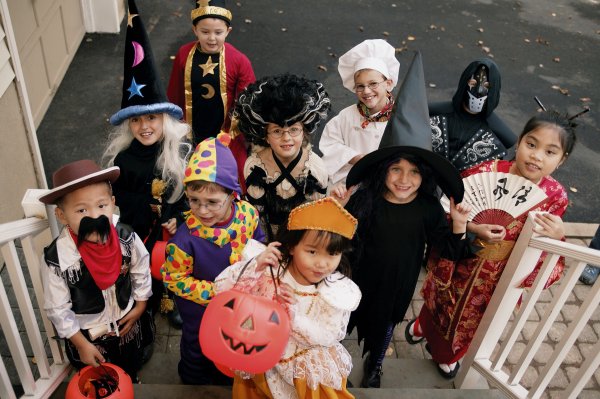 Here Are The Best Cities For Trick-or-Treating
Next Up: Editor's Pick