U.S. Marine Suspected in Killing of Transgender Woman in Philippines

Friends and relatives of Jeffrey Laude, a Filipino transgender woman who went by Jennifer, look at her coffin in the northern Philippine city of Olongapo on Oct. 14, 2014.
Jay Directo—AFP/Getty Images
By Eliza Gray

A United States Marine suspected of killing a Filipina transgender woman he met in a local bar will remain in U.S. custody, officials said Tuesday.

The suspect, whom the military has not named because formal charges have not been filed, is assigned to the 2nd Battalion, 9th Marines, out of Camp Lejeune, North Carolina. He is being held on the USS Peleliu warship while the Naval Criminal Investigative Service and the Philippine National Police conduct a joint investigation. Three other marines considered possible witnesses are also being held on the ship.

The strangled body of Jennifer Laude, 26, a Filipino national whose birth name is Jeffrey, was found shortly before midnight on Saturday, Oct. 11 at a hotel in Olongapo City, according to the Marine Corps Times. Her head had reportedly been pushed into the toilet and two used condoms were found in a trash can in the room. ABS CBN News, a Philippine news outlet, reported that Laude’s body was found less than an hour after she checked into the hotel with a male “foreigner” with “close-cropped” hair.

The suspect was in the Philippines for a longstanding joint military exercise between U.S. Marines and their Filipino counterparts that ended Oct. 10. Admiral Samuel J. Locklear III, commander of the U.S. Pacific Command, has ordered that the five ships and the marines to remain in port in the Philippines while the investigation is ongoing, according to spokesman Chuck Little. State Department spokesperson Jen Psaki on Tuesday said the U.S. “will continue to cooperate with Philippine law enforcement authorities in every aspesect of the investigation.”

The case has provoked outrage among transgender activists in the Philippines and the U.S. and renewed criticism over a 1998 pact between the two nations that requires American service members to be held in U.S. custody during criminal proceedings. In 2006, an American soldier convicted of raping a Filipino woman by a local court stoked similar anger.

“The U.S. Navy says they are going to cooperate with national law, but they haven’t turned him over to the Philippine authorities,” says Geena Rocero, a Philippines native who founded the trans advocacy organization Gender Proud. “He is still inside the ship.” 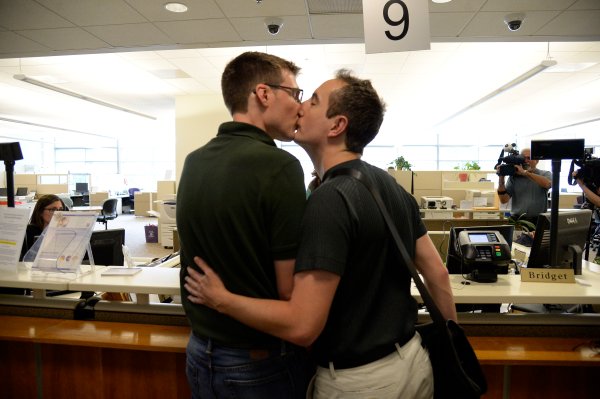