The Ump Who Blew the '85 World Series Wants a Rematch

If anyone should be rooting against a rematch of the “Show Me” World Series — featuring an all-Missouri St. Louis Cardinals-Kansas City Royals battle — it’s former major league umpire Don Denkinger. Back in 1985, Denkinger’s infamous blown call at first base in the bottom of the ninth inning of Game 6 helped the Royals rally to a 2-1 victory, forcing a seventh game against the Cards. The Royals won that one in an 11-0 laugher. So if the Royals can hold their 2-0 lead over the Baltimore Orioles in the American League Championship Series, and the Cardinals can knock off the San Francisco Giants in the NLCS – that series is tied at 1-1, and both Game 3s are on Tuesday – Denkinger is sure to get a million calls from media members asking him to relive the worst moment of his professional life.

Denkinger, however, wants to see a replay. “I . . . wish they had the replay rule that night, so we could have gotten it right,” Denkinger says from his Phoenix-area home. Denkinger, an Iowa native who still spends part of the year in Waterloo, Iowa, is rooting for Cardinals-Royals out of Midwestern pride. “We don’t get a lot of participation from two teams at the same time from the Midwest,” says Denkinger, 78. “Let’s shake it up a little bit.” The last all-Midwest series was in 2006, when St. Louis beat Detroit in five games. Prior to that, you have to go all the way back to 1987 to find two Midwestern teams in the Series: Minnesota-St. Louis, which the Twins won in seven.

Even if the Royals alone make it to the Series, he knows the onslaught will be coming. “I don’t think I’m sick of talking about it,” says Denkinger. “Though I’m not soliciting calls, that’s for sure.”

Denkinger seems at peace with his undistinguished place in baseball history. “The call will never go away,” Denkinger says. “It’s going to be there forever.” On October 26, 1985, the Cardinals, who were up 3-1 at one point in that series, were three outs away from winning their second title in four seasons. They were leading Kansas City 1-0 in Game 6, when the Royals came up in the bottom of the ninth for one last chance. Pinch hitter Jorge Orta squibbed a grounder towards first; Cardinals first baseman Jack Clark charged in and tossed the ball to reliever Todd Worrell, who ran to cover the bag. Orta was clearly out, by a half-step. Denkinger called him safe.

“I looked up and saw [Worrell] catch it,” Denkinger says. “When I looked down, I saw [Orta’s] foot on the bag and called him safe. Now, had I been farther away from the play, and I could have gotten them both in my peripheral vision, I would have liked to think I’d make a different call. Just that matter of time to look down created him to be safe.”

“I looked up and saw [Worrell] catch it,” Denkinger says. “When I looked down, I saw [Orta’s] foot on the bag and called him safe. Now, had I been farther away from the play, and I could have gotten them both in my peripheral vision, I would have liked to think I’d make a different call. Just that matter of time to look down created him to be safe.”

Fans tend to forget that the call itself didn’t decide the game. (I, for example, always thought it came with two outs. In fact, Orta was the leadoff man). Big Steve Balboni, the next Royals hitter, hit a foul pop-up near the steps of the Royals dugout: Clark misjudged a ball he should have caught, and it dropped behind him. Balboni, in turn, singled, putting runners at first and second. Jim Sundberg tried a sacrifice bunt: the ball bounced hard off the artificial turf to Worrell, who threw out Orta at third. With one out, a passed ball allowed two runners to move into scoring position; the winning run was now at second base. Worrell walked Hal McRae to load the bases. Then, pinch hitter Dane Iorg looped a single to right field; the tying run came in from third, and Sundberg, a catcher, rounded third and chugged towards home. Andy Van Slyke unleashed a rocket from right; Sundberg, sliding head first, barely beat the tag. Royals win.

“There were a lot of opportunities for the Cardinals to bail me out,” says Denkinger. “But they didn’t.”

So Denkinger, who spent the rest of that inning convinced he made the correct call, had a rough night – and years – ahead of him. He retreated to the umpire’s dressing room, where commissioner Peter Ueberroth was standing outside the door. “I just said to him, ‘did I get it right?’” Denkinger says. “And he just shook his head no. That’s when I knew that I missed it. I couldn’t have felt more sick.”

Denkinger was behind the plate for the deciding game. After the Royals jumped out to a big lead, Cardinals pitcher Joaquin Andujar — on in relief — charged towards Denkinger to challenge his strike zone. Cardinals manager Whitey Herzog argued with Denkinger too. He told Denkinger that if he hadn’t blown the call the previous night, they wouldn’t be playing a Game 7. “I said, ‘if your team were hitting better than .120 we wouldn’t be here,’” Denkinger says. (The Cardinals finished the Series with a .185 average). “He said, ‘you’re nothing but a so and so.’” Denkinger tossed Herzog out of the game.

The ump remembers one death threat. A few years later, Denkinger says, someone wrote him a letter threatening to “point their .357 Magnum at me and blow me away.” Denkinger, who continued to umpire until retiring in 1998, reported the letter to MLB security. “The postcard itself was never stamped, so we didn’t know where it came from,” says Denkinger. The FBI came to Denkinger’s house to look through a stack of other mail: the feds noticed that the perp misspelled the word restaurant — Denkinger owned one in Waterloo at the time — in the exact same way as a man who had previously written Denkinger. That prior letter had a St. Louis address on it. The authorities told the guy he’d be prosecuted if he ever corresponded with Denkinger again.

Denkinger’s career spanned nearly 30 years, and it had many memorable — and less humiliating — moments. He disliked arguing with managers, with one exception, which involved the irascible Earl Weaver, the Hall of Fame Baltimore Orioles manager from 1968-1982, and again in 1985 and 1986. “I guess the night Earl Weaver decided to eject all four of us was probably kind of humorous,” Denkinger says. “He started at the mound, got the home plate umpire and said ‘I’m going to show how stupid you guys are.’” So then he ran down to first, he threw the first base umpire out. He ran down to second, threw him out. I was at third, he threw me out. I said, ‘Earl, you done? Because you’re the only one who’s going to leave.’ He just looked at me.”

After the ’85 debacle, Denkinger even got another World Series nod. He was the home plate umpire for Game 7 of the 1991 World Series, a 1-0 classic won by the Minnesota Twins on a walk-off hit. “Life went on,” says Denkinger, who celebrated his 50th wedding anniversary two years ago.

Still, much like, say, Bill Buckner, one mistake will always overshadow Denkinger’s successful run. If Denkinger gets his wish, a Royals-Cardinals redux, he’d have to be rooting for the Cardinals, right? So Cards fans can maybe finally shut up about ’85? “That would never shut them up,” Denkinger says. “And that’s just fine.” 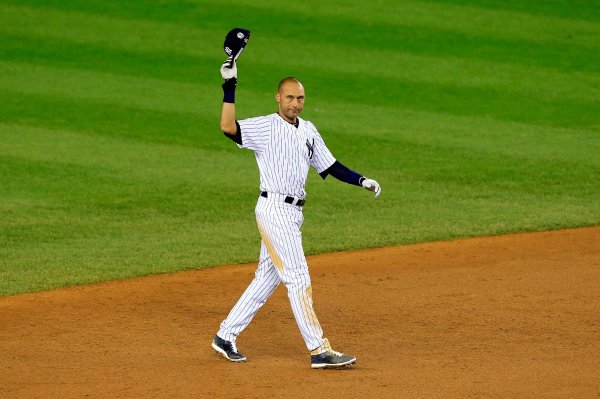