9 Things the Smartest Leaders Do

1. They encourage diversity of thought.

Smart CEOs build organizations in which a diversity of opinion and background produce alternative approaches to solving problems and building opportunity.

Average CEOs build organizations in which everyone looks and thinks the same way. This reduces conflict but results in a brittle organization that can’t adapt.

2. They sacrifice their cash cows.

Smart CEOs realize that a successful product becomes obsolete even while it’s still selling well. As a result, they kill off and replace their most profitable products.

Average CEOs keep their cash cows alive even if it means that competitors will capture the next product generation.

Smart CEOs seek out situations in which customers and partners mutually benefit because everyone’s growth depends upon how well that she or he can cooperate.

Average CEOs think of business as a zero-sum game, where being a winner means that somebody else must be a loser, even if it’s a customer or partner.

4. They physically connect with employees.

Smart CEOs walk the halls, shake hands, and speak one-on-one with line employees, sincerely thanking them for their contributions.

Average CEOs send out pep-talk emails filled with biz-blab like “employees are our greatest resource.”

Smart CEOs encourage social activities with intergroup mingling. They want employees from sales, engineering, and finance (for instance) to know and like one another.

Average CEOs run contests to see which manager can arm-twist the most employees into donating money to United Way.

7. They increase flexibility by dispersing power.

Smart CEOs push authority as far down the organizational chain as possible, so that those closest to a situation have the power to make the best decisions.

Average CEOs obsess about checks and balances so that nobody takes a risk without first getting approval from higher-ups.

Smart CEOs create collegelike work environments in which employees feel relaxed, as if they’re among friends and mentors.

Average CEOs create factorylike environments in which everyone feels like a cog in the corporate machine.

Smart CEOs let individuals, teams, and organizations define their roles as necessary to accomplish the job at hand. 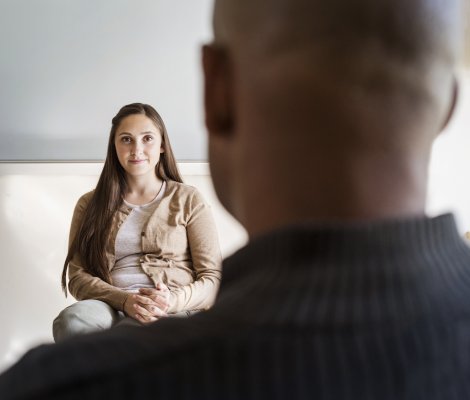 The Hardest Job Interview Question—And How to Answer It
Next Up: Editor's Pick