Question: My husband and I recently had our first child and we want to be able to Skype with my mom and dad. We (my husband and I) both have iPhones and iPads, so we looked in to FaceTime, but an iPad or iPhone for my parents seemed too expensive. They have a computer, but they don’t like using it all that much, although that could be an option in a pinch. Is there a good, inexpensive tablet we could get them, though? We’d like to keep it around $100 or less if possible.

Short answer: Get Amazon’s Kindle Fire HD 6 for $99 or use their existing computer for free.

Long answer: FaceTime is great if everyone has Apple produ–I’m so sorry: Congratulations on your new baby! I just launched right into the answer like a nerdy robot. Rude. I have a child, too. He’s about to turn one. We actually have a similar problem in my family, too, with everyone on different mobile platforms.

Anyway, enough with the small talk. To get Mom and Dad on the FaceTime train, your cheapest option would be to get them an iPod Touch, which is like a phone-less iPhone. Those start at $200; iPads and iPhones go up from there.

Now, if they have a relatively new-ish Mac computer, they’re already able to FaceTime with you guys. They can downloaded FaceTime from the Mac App Store here if they don’t already have it. It’s free. And if they have just about any type of computer with a webcam, they can use Skype for free — download it here.

An easy, cheap, portable option that doesn’t tie Mom and Dad to the computer, though, would be Amazon’s Kindle Fire HD 6 tablet. It’s got a powerful enough processor to handle Skype video chats, sports both front- and rear-facing cameras — which is an area where cheap tablets tend to skimp by only including one camera — and has an easy-to-use interface.

The screen measures six inches diagonally, which is small for a tablet. That makes it easy to hold in one hand, but if your parents have poor eyesight or they just want to watch Junior waddle around on as big a screen as possible, this option is almost like giving them an oversized smartphone. The screen itself is sharp, though.

You didn’t mention which kinds of iPhones you and your husband have, but here’s the Amazon tablet sandwiched in between a Kindle Paperwhite e-reader on the left and an iPhone 5S on the right:

The tablet is sized like a thicker, heavier e-reader. Your parents can read books on it, too, along with doing a bunch of other stuff, so that might be a bonus. If they want to use it only for Skype, that’s perfectly fine.

Once they get the tablet, here’s a quick step-by-step for installing Skype. You can either send them to this article and have them watch this quick video or tell them what to do by stepping them through the directions after the video:

Careful: That magnifying glass is right above another magnifying glass that searches the entire tablet. And there are two Skype apps that pop up in the search results. They’ll want to tap the second one. The first one is called “Skype WiFi” and searches for Wi-Fi hotspots. They want the second one: plain old “Skype” with the “S” logo.

They’ll need to create a Skype account, of course. They can create one here or from directly within the app when it first launches. 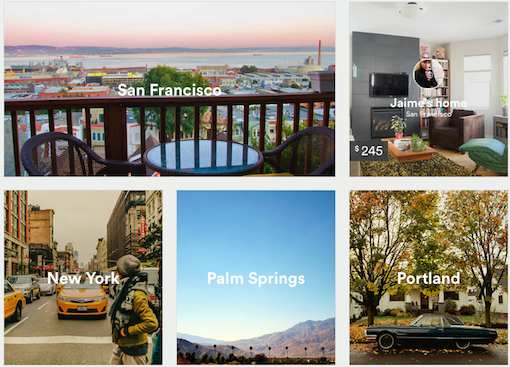 The Best Sites for Booking Last-Minute Travel
Next Up: Editor's Pick