Facebook CEO and founder Mark Zuckerberg has announced he will donate $25 million to the Center of Disease Control Foundation, funds meant to help the agency fight Ebola.

“The Ebola epidemic is at a critical turning point,” Zuckerberg said in a post on Facebook. “We need to get Ebola under control in the near term so that it doesn’t spread further and become a long term global health crisis that we end up fighting for decades at large scale, like HIV or polio.”

Zuckerberg, who is donating the funds along with his wife Priscilla, said he believed such grants could “directly help the frontline responders” that are responsible for setting up care centers, training local staff and identifying Ebola cases.

The 2014 Ebola epidemic is already the largest in history, according to the CDC, affecting multiple countries in West Africa. While the CDC says the risk of an Ebola outbreak in the U.S. is very low, fears have escalated, especially after a travel-associated case was diagnosed at the end of September and shortly afterward, a healthcare worker at a Texas hospital who provided care for that patient also tested positive. The patient, Thomas Eric Duncan, died last week.

Zuckerberg isn’t the first deep-pocketed tech titan to donate to the cause. Last month, Bill Gates’s foundation pledged $50 billion to fight the viral outbreak in West Africa. The earliest grants from the Gates Foundation were made to the World Health Organization for emergency operations and research and development and to the U.S. Fund for UNICEF to support Liberia, Sierra Leone and Guinea to buy essential medical supplies and coordinate response activities. 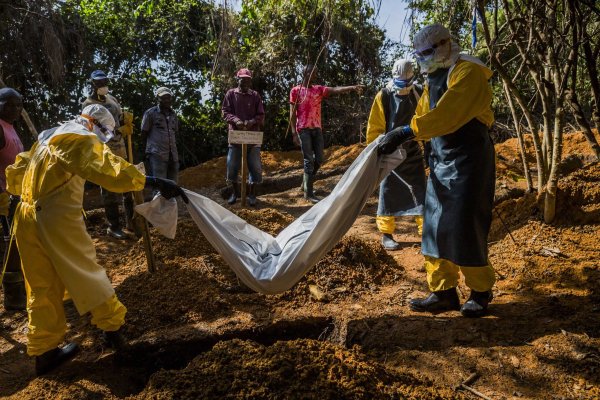