Ebola Lessons We Need To Learn From Dallas

Ideas
By Amesh A. Adalja, MD

Amesh Adalja, a member of the Infectious Diseases Society of America, is a quadruple-board certified physician. His personal infectious disease blog site is www.trackingzebra.com.

Of the more than 8,000 individuals who have been infected with Ebola, the infection of Nina Pham represents a milestone in what has been an unprecedented Ebola outbreak thus far. Nina Pham, a heroic critical care nurse who cared for America’s most gravely ill Ebola patient to date, wore the appropriate gown, gloves, mask and eye protection that so many of us—myself included—have mentioned time and again are the surefire ways to keep Ebola at bay. Yet she still became infected, not in some austere setting but in a modern tertiary care hospital in one of our nation’s major metropolitan areas.

To try to unravel the circumstances regarding Ms. Pham’s infection requires something we don’t have a lot of at this time: facts. We’ve heard references to a “breach in protocol” and “inconsistencies,” but as of this writing, we don’t know how she became infected.

However, we can set the context for her infection to try to understand the factors that may have played pivotal roles in this unfortunate occurrence. First, think of the patient Thomas Eric Duncan. Mr. Duncan was ill and placed in strict isolation in the ICU. Strict isolation meant that individuals attending to him were donning the appropriate personal protective equipment (PPE). However, Mr. Duncan was not just ill. He was critically ill, requiring multiple interventions to support his myriad failing organ systems, including his respiratory system, cardiovascular system and kidneys. Nothing short of heroic measures were employed in the failed attempt to save his life.

These measures, while possibly prolonging Mr. Duncan’s life, are invasive, so they involve much more exposure to blood and bodily fluid—the sole means of acquiring Ebola. Dialysis requires large-sized intravenous catheters to be placed in major veins, while placing someone on a ventilator requires a plastic tube to placed (or intubated) through the vocal cords into the trachea. Both procedures can involve bleeding, and intubation involves exposure to respiratory secretions during the procedure as well as during routine care of the patient, which may make safe removal of PPE a more daunting task.

Also, according to CDC guidance based on decades of experience treating Ebola patients, what is required to care for Ebola patients safely is to practice what is known as contact/droplet isolation—not airborne isolation. With airborne precautions, a special type of mask or a special larger device known as a PAPR (powered air purifying respirator) is worn. The hospital in Dallas used PAPRs, a step that goes above and beyond required PPE. Such enhancement adds another layer of complexity not only to the preparation process, but also to the removal process, providing another possible route of exposure.

Though PPE is essential, it does have limitations that not only stem from being employed appropriately, but also from being removed. Studies with other important pathogens such as vancomycin-resistant enterococci (VRE) and acinetobacter show that healthcare workers contaminate their hands when removing simple latex gloves up to 11% of the time. Such percentages likely creep higher as more intricate types of PPE are donned. Self-contamination reportedly lies behind the infection of the Spanish assistant nurse, Teresa Romero, the only other case of Ebola acquired outside Africa, who contracted Ebola after touching her face with a contaminated gloved hand. Meticulous removal, or doffing, of PPE is as important as its meticulous donning. This fact is reflected in MSF’s almost ironclad methods, which include a dedicated person tasked solely with observing removal of PPE in order to prevent the occurrence of any inadvertent contamination.

What does all this mean? What is the road ahead?

Ebola hasn’t changed. It is following the familiar pattern that we’ve seen in all of its 25 outbreaks in 38 years. It is coursing through the blood and body fluids of its victims, awaiting opportunities to expand its reach into even more victims. We can’t do it any favors. Ensuring that meticulous infection control is taught, practiced and implemented is mandatory in our response to this outbreak. For the virus, unlike many other pathogens, is unforgiving of lapses.

Does this mean that some hospitals may find themselves unable to meet such rigorous standards? Unfortunately, I think the answer may be yes—despite what many others and I hoped and believed. This is why finding the root cause of Ms. Pham’s exposure coupled with education is a must. Every emergency department must be prepared to handle the initial management of an Ebola patient, beginning with their identification through travel history and their isolation. Beyond this initial stage, some hospitals may feel that the resources required for an Ebola patient outstrip their abilities, and they may elect to transfer to a more advanced treatment at a biocontainment facility such as those that exist at Emory, Nebraska and the NIH.

But it does mean we should seriously consider designating certain medical centers as our primary response centers for any further cases that are treated in the US. Such is the model employed for many diseases including trauma, burns and strokes. In fact, such a regionalization model organically arose during the H1N1 influenza pandemic, when smaller hospitals worked in a hub-and-spoke model to transfer their sickest patients to major medical centers—a phenomenon I studied. Such tiering of levels of care is being implemented now in the UK, which has treated one airlifted Ebola case successfully.

The lesson I draw from the events in Dallas is that in the fluid situation that characterizes this outbreak, it is necessary to continually integrate new information from the frontlines into response plans, public messaging and clinical care. If we do that, and have a little luck, we will eventually pull ahead of this virus on the long road ahead. We need to manage this outbreak with active minds, because—to borrow the eloquent words of Louis Pasteur, one of the grandest members of the pantheon of infectious disease—“chance favors the prepared mind.”

Amesh Adalja, a member of the Infectious Diseases Society of America, is a quadruple-board certified physician. His personal infectious disease blog site is www.trackingzebra.com. 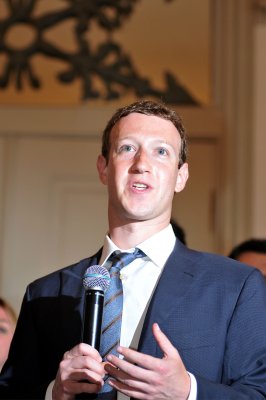