“Many people think our main competition is Bing or Yahoo. But, really, our biggest search competitor is Amazon,” Eric Schmidt, currently serving as Google’s executive chairman, told a crowd in Berlin. “They are obviously more focused on the commerce side of the equation, but, at their roots, they are answering users’ questions and searches, just as we are.”

Google is the most-visited site on the Internet, with 233 million unique visitors in August. According to the same ranking, 172 million visited Amazon, making it the sixth most visited.

But while Schmidt may see Amazon as Google’s biggest competitor right now, the CEO said that there’s competition brewing from unknown entrepreneurs.

“Someone, somewhere in a garage is gunning for us,” Schmidt said. “The next Google won’t do what Google does, just as Google didn’t do what AOL did. Inventions are always dynamic and the resulting upheavals should make us confident that the future won’t be static.” 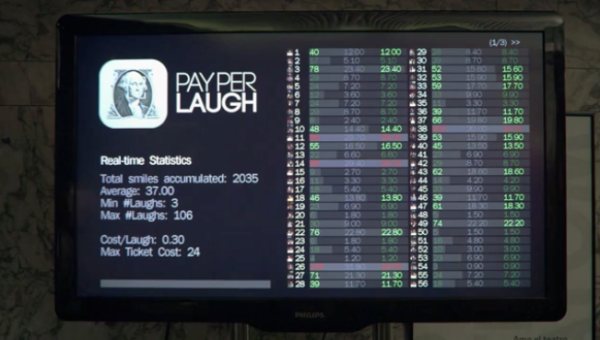 Comedy Clubs Are Using Facial Recognition Software So They Can Charge Per Laugh
Next Up: Editor's Pick