Students do their homework at a study area at the protest site in Hong Kong on Oct. 10, 2014
Paula Bronstein—Getty Images
By Elizabeth Barber / Hong Kong

Sitting in a road barricaded against police and thugs, Christopher Fung, 21, was armed for battle: he had two bags of M&Ms, and they weren’t even open yet.

Fung, an environmental-engineering student in Hong Kong, was readying himself for that test of smarts and sugar tolerance known as midterm season. Poised over coursework in fluid mechanics, laid on a concrete highway divider repurposed as a desk, he appeared to be facing his exams with all the confidence of a young rebel: “What we are doing on the streets is more important than exams,” he said.

As Hong Kong’s protests on Monday entered their fourth week since students first walked out of classes, Fung was among hundreds of droopy-shouldered demonstrators bent over calculators at a makeshift, but supremely well-organized, study area near government headquarters. Here, protesters are finding a balance between seeking the answers to two kinds of questions — those on exam papers, and the even harder ones being posed at the barricades: How can we make China answer us? Where is this all going? What should we do next?

Student protesters have pledged to blockade key commercial arteries in this efficient and orderly financial hub until Beijing agrees to table plans to vet candidates for the city’s top job — a position known as chief executive. To the students, this is pseudo democracy and they want the real thing. They are calling for Hong Kong’s 3.5 million voters to be given the freedom to nominate whoever they want to head the city’s government.

Beijing has given no sign of capitulation. Instead, China’s central government appears to be betting on the demonstrations gradually losing momentum, hoping that protesters will forfeit local goodwill from continued disruptions to traffic and commerce, and that the young demonstrators eventually bow to the pressures of schoolwork and head back to class.

On the last point, at least, Beijing appears to have misjudged, at least for now. Multiple universities, including City University of Hong Kong and Hong Kong University, have issued statements encouraging professors to consider making allowances for protesters. Students say they are still attending class in between protesting and that schoolwork, if taking some hits, is not outright tanking.

At a satellite encampment in Causeway Bay, high school students say their class attendance has been spotless — well, except for some tardiness, plus the occasional absence, explained away with emails from sympathetic parents or halfhearted apologies for “oversleeping alarms.”

“I’ve been [to school] every day,” says Edric Lee, 16, a sophomore at an international high school in Hong Kong, appearing out of a tent strewn with calculators, textbooks and pens, where he and friends were both studying and bedding each night.

“O.K., well, nearly every day,” Lee revises, as his friend Teresa Lui, 16, chortles tellingly at his side. “I get there late. But not that late. Noon. And, like, not that much.”

Lui, a junior, says she limits her protesting to weekends and evenings. But her teachers are supportive of students coming to the protests and have even visited a few times, to “check in on us and make sure we’re O.K.,” she says.

Both teens are also evening regulars at a makeshift school in the encampment, where local university students teach high-school-level coursework to students sitting on blue and white blankets. On tap for one recent evening: a biology course taught by a medical student, plus two hours of physics and math education taught by an undergrad. Later, there were courses in Greek drama (Antigone), English conversation, and yoga (whose instructor had cautioned, “Don’t eat too full!”).

“We know this is going to be a long fight, and the high school students can’t fall behind,” said Chris Lau, 21, a university student who was helping manage the class schedule, as well as teaching a course in self-defense that evening.

But was this physics major ready for his own exams?

“Oh my God, no,” said Lau, who had a midterm on Monday. It was Sunday evening.

But there are also lessons harder than physics to be learned, as students weigh how, from here on, to challenge the Chinese government, after receiving nothing but telling silence. Hong Kong police have repeatedly called on demonstrators to open up key roads, and groups of fed-up residents have threatened to tear down protest encampments if the police do not do so first. Student leaders have apologized to residents and asked for continued goodwill for the occupation.

There has been some compromise. On Monday, after police attempted to clear a major road in Central district, and after armed men set upon some demonstrators, protesters redoubled their fortifications. But protesters in Causeway Bay allowed police early on Tuesday to open up the westbound lane in a thoroughfare running through the major shopping area.

At Hong Kong University, the daytime mood in the classroom is “business as usual” but less so after hours, when students head to the barricades and experience learning of a different kind.

“This is what university education is about,” says Paul Yip, a professor of social sciences at the school. “We’re not trying to protect them from anything. They’re adults now. They have choices, and they must make their own decisions, and then they must accept the consequences.”

Those discussions are, of course, also happening outdoors. In protest hot spots, class is in session each evening, with local professors giving lectures on all things democratic and protesters hunting for theoretical guidance on what, in practice, to do next.

Ming Sing, a professor of Hong Kong politics at Hong Kong University of Science and Technology, says he has given four talks so far at protest sites, as part of a professor-organized “mobile democracy classroom” lecture series. Dozens of students have held him up for around two hours after each hour-long lecture, zinging questions like, How is this all going to end?

“If this ends in a bloody crackdown, we might see students become radicalized, but we might also see them become cynics and never try anything like this again,” he says.

On Monday evening, a group of high school boys still in uniform, ironed ties unloosened, wandered through Harcourt Road, a village of bright tents and signs urging, “If Not You, Then Who?” The students were not protesters, they said — officially, their school had urged them not to come, for safety reasons — but their school was nearby and they had wanted to see this alternative civics classroom.

“I did not know I believed in natural law until I started coming here,” said a 17-year-old student in the group, surnamed Chong, citing the idea that laws are discoverable in human reason.

“And I have to tell you,” he said, surrounded by a cohort who looked half-mocking, half-admiring, “I have never seen anything like this before. I have never seen Hong Kong look more beautiful than it does right now, right here.” 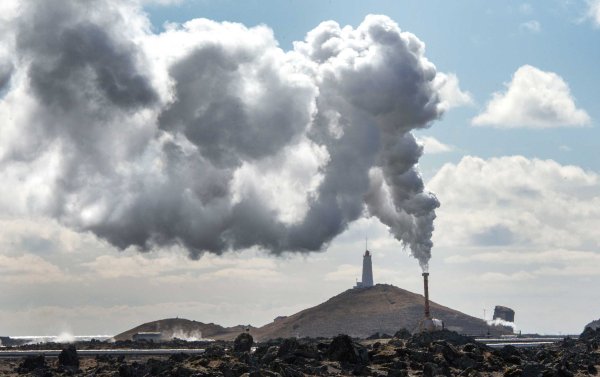 The World’s 10 Biggest Energy Gluttons
Next Up: Editor's Pick