'Bro Country' Is Still Thriving, Even If Everyone Hates It

On Oct. 14, “bro country” duo Florida Georgia Line will release their new album, Anything Goes. Rarely has something that sounds so relaxed been so fraught. For the uninitiated: bro country is all about booze, boys, and the girls they’re eyeing across the party, often featuring more guitars than fiddles. It’s slicker, it’s bigger: more Daughtry than George Strait.

The subgenre was crystallized with the success of Florida Georgia Line’s “Cruise,” which spent more than 20 record-shattering weeks at No. 1 on Billboard’s Hot Country chart. The song was first released in 2012, then benefiting from a second life last year with a Nelly-assisted remix, and that cross-pollination bore a lot of fruit: it made superstars of its singers and, as superstars, the band and their music were suddenly important enough to attack.

“Civil war” — that’s how musicians, critics, and journalists described an industry seemingly divided between “old farts” and frat boys. “I don’t care how many of these old farts are around Nashville going, ‘My God, that ain’t country!’” Blake Shelton said in January 2013. “Well that’s because you don’t buy records anymore, jackass. The kids do, and they don’t want to buy the music you were buying.” More think pieces followed. New York‘s Jody Rosen said, “We may look back on ‘Cruise’ as a turning point, the moment when the balance of power tipped from an older generation of male country stars to the bros.” Zac Brown said Luke Bryan’s “That’s My Kind of Night” was the “worst song I’ve ever heard.” To that, Jason Aldean replied, “nobody gives a shit what u think.” The Atlantic declared in July: “The Bro-Country Backlash Is Here.”

Chesney is the other kind of country superstar, a proto-bro behind breezy megahits such as “No Shoes, No Shirt, No Problems” and “When the Sun Goes Down.” But his newest release, September’s The Big Revival, is after something else — what Billboard’s Melinda Newman called “country salvation.” In a recent interview, Chesney said one of the album’s tracks, “Wild Child,” is a reflection of the kind of woman that doesn’t get much attention in these days: “If you didn’t wear cut-off jeans or a bikini top, or sit on a tailgate and drink, then you really weren’t worthy … ‘Wild Child’ is telling some girl out there that’s got dreams, that’s a free spirit, who’s smart and interesting, that she has a chance, that she is worthy.”

That is to say: the alternatives are thriving, even if they don’t dominate. Dig deeper into Billboard’s Hot Country chart and you’ll find not just Underwood and Lambert (on the heels of her excellent fifth album, Platinum), but duo Maddie & Tae’s meta-debut “Girl in a Country Song” at No. 12 and Dierks Bentley’s “Drunk on a Plane” at No. 19, which is like bro country if it allowed itself even a trace of irony.

To that, it’s also worth considering Jennifer Nettles’ album That Girl and Eric Church’s The Outsiders, which might make this whole conversation moot. As Church himself said last fall: “I think genres are dead. There’s good music. There’s bad music.” Where bro country falls is up to the listener to decide. 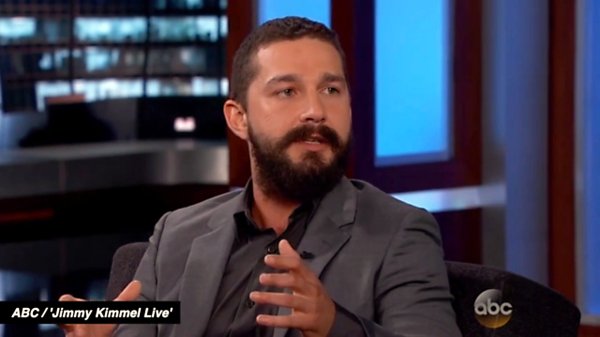 Watch Shia LaBeouf Talk About Working With Brad Pitt on Fury
Next Up: Editor's Pick