Malala Yousafzai acknowledges the crowd at a press conference at the Library of Birmingham after being announced as a recipient of the Nobel Peace Prize on Friday.
Christopher Furlong—Getty Images
Ideas
By Barbara Bush
Bush is the CEO and co-founder of Global Health Corps

Five years ago, Malala Yousafzai was a 12-year-old schoolgirl reporting about life under the Taliban after they took control of her home region in Pakistan’s Swat Valley. She described her longing for an education after the Taliban closed her school and commanded women and girls to stay home. “The extremists are afraid of books and pens. The power of education frightens them,” she wrote. “That is why they are blasting schools every day—because they were and they are afraid of change.”

Malala, who on Friday became the youngest recipient ever of the Nobel Peace Prize, has said what many older, more privileged and far more powerful people haven’t: that education gives power to the powerless. It speaks to the importance and strength of her message that the worst her critics in Pakistan can say is that she’s become a “tool” of the “evil” West.

We are used to international crises dominating the news, but most of them are acute, accompanied by dramatic images of dying or suffering. It’s hard to stir up activism with images of empty classrooms. Nonetheless, the lack of education is among the world’s greatest crises today—especially the lack of education for girls. Though it may not make the news, people die every day from ignorance. Without education, basic health care can be unobtainable, as can food or work, or basic human rights.

It is well documented that when societies educate girls—as well as boys—and value educated women, all citizens are healthier and more prosperous; indeed, communities with educated women have a lower incidence of disease and stronger economies. Even so, much is left to do to make the importance of education a universally accepted truth. That Malala was shot in the head two years ago by a member of the Taliban as she left school evidences this. She will likely spend the foreseeable future living not in her home nation of Pakistan but in exile in Britain.

The awarding of the Nobel Peace Prize to Malala has given me hope. I am hopeful because I know that there are many more Malalas out there—young women and men doing everything they can to build better lives for themselves, their families, their communities and their nations.

I work every day with “rational dreamers”—the passionate, idealistic and educated young people at Global Health Corps. They work to foster hope in a dark world, knowing that they must have not only dreams but also the skills and persistence to accomplish those dreams. People ask me why I’ve focused on giving young people a stake in improving health care in Africa and parts of urban America. In my experience with Global Health Corps, I’ve learned that everyone—including the old and the young—has something to teach.

The one time I was in Malala Yousafzai’s presence, she accepted an award at the Skoll World Forum. Her words would echo those she has spoken before, wise ones of commitment, dedication and truth. Yet after she climbed the stage, she had to adjust the microphone from an adult’s height to her own—that of a teenager.

Malala reminds us that even a teenager can be a teacher. I hope her message will be embraced and spread across the globe: that no matter who you are, it is possible to change the world.

Bush is the CEO and a co-founder of Global Health Corps, an organization committed to building the next generation of global health leaders. 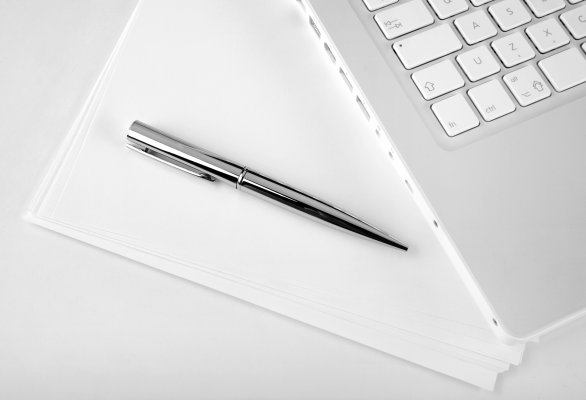 How to Write a Successful College Essay
Next Up: Editor's Pick