My Hair Will Never Go Gray, and It's Lame

I know you’re laughing at the title, because I’ve heard that laugh before. The one that says “You’ll understand when you’re older.”

I heard that laugh a lot the time I grew a single strand of silver, courtesy of an upper management change at my job that made things unbearably stressful.

“This job is literally killing me!” I’d tell my friends. “I have a gray hair! I’M NOT SUPPOSED TO HAVE A GRAY HAIR!”

I’m about to turn 36, and that’s the only gray hair I’ve ever had. After I escaped from that job, it even grew back brown. My mother, at 56, has never even had one. Her mother didn’t go gray until the illness that took her life in her 70s. (My father’s side, for the record, goes salt-and-pepper in their 20s, so I know I don’t take after him.) It’s a “blessing” of genetics, but I’m starting to question how much of a blessing it is.

It doesn’t help that, regardless of my hair color, I looked 17 at 25 and now look 25 at 35. I live in a big college city and people constantly assume I’m a student. I spent most of my 20s trying to reassure people I was actually legal. I keep my driver’s license handy so I can whip it out as proof that I’m not a kid. A bouncer at a club once was intent on finding the flaw that proved my ID was fake or at the very least belonged to my older sister. A friend who I graduated high school with was, on multiple occasions, mistaken for my father. Another friend joked that he assumed anyone who dated me was a closet pedophile.

People always said I’d appreciate my youthful looks when I was older, but honestly, I’m still not seeing it.

Because looking much younger than you are — not just for a night out partying but every single day — really, really sucks. There’s a respect that comes with age that I don’t receive. I have an untraditional life — I’m a lesbian, I’m taking some single time after spending most of my life in serious relationships with men thanks to self-denial, and I just don’t want to have children. Maybe if I had some gray hairs, people who are even younger than me would stop telling me I’ll change my mind and want to settle down to have a family someday.

No, my sleep-all-day, work-all-night solo lifestyle is the result of conscious decisions based on many years of valid life experience and not just juvenile whim.

And what do I get out of looking young? Being more attractive to younger men? I’m an introverted lesbian with an anxiety disorder. I’d much prefer to be occasionally taken seriously.

I could live with my baby face if I just had some gray hair to offset it. Most people who look younger than they are eventually get that much to balance it out. But not me. I’m “blessed” with a lifetime of not being taken seriously, of having my choices dismissed, of even getting passed up for promotions because of vague claims that I wasn’t respected enough. Nature, throw me a bone here!

I know a lot of people, especially women, hate going gray. But I for one could really go for some of that visible aging right about now.

J. J. Ulm is a fiction writer living in Ohio. 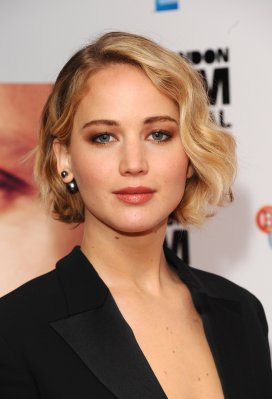 A Million Peeping Toms: When Hacking Is Also a Hate Crime
Next Up: Editor's Pick