Here Are My Top 3 Relationship Tips

Sunday was my 7-year wedding anniversary.

This is awesome, and Ed and I have some little plans for celebrating. We usually go to the Maker Faire in Atlanta, but events have conspired to stick us a little closer to home this time around.

That’s okay — it’s not the trip that makes our anniversary a celebration, it’s the time we get to spend together.

Man, that was revolting, right? Every now and then, Ed and I are that couple, without even meaning to be.

Traditional and modern gifts are generally copper, wool, or desk sets — but, I ask you, since when is a desk set the height of romance? We’re framing this as our Lucky Number 7 anniversary instead and though we aren’t going to Vegas, maybe we’ll buy some lottery tickets.

What we won’t do is spend a lot of time reflecting about what makes our relationship work, because we pretty much already know that. The basic principles haven’t changed since we started dating 9 years ago — which seems like super forever when I think about it in those terms. And so now I will tell you the top three things that have worked for us when it comes to having a happy relationship, which we try to work on all the time.

I think these things are applicable to any kind of relationship.

1. Enjoying each other’s company is essential.

It’s not that we don’t like other people. We love hanging out with other people, both together and individually. But Ed and I have a really good time even if it’s just the two of us giving each other a hard time as we drive around town.

It’s not just the in-jokes and all the laughing. It’s not just that our interests often overlap. It’s that when he wants to talk about predecimalization British coins or show off the miniatures he just painted, I have reasons to care about those things just because he cares. It’s that when I am nerding out about Dr. Martens or color theory, he likes me enough to look at the 27th pair of boots I’ve pointed out and ask if they come in the right color.

2. Communication is hard but no one who says it is vital is joking.

Ed and I don’t really fight — we just have difficult conversations whenever anything comes up that needs discussing. Sometimes it is the least fun thing ever but it means nothing gets left to fester. It’s the unaddressed stuff that’ll make you the most miserable, I think, so addressing it all efficiently is relationship best practices.

There are limits, of course. We don’t have conversations about the hard stuff until we’re both fed. No reason to get divorced when eating an apple could have saved the day, right? Also, it’s important to give each other a little bit of space if something is extra hard to talk about.

I love to talk in the car as we drive around. That way we’re both there, having to be present. But also we can arrive somewhere and just be done with the talking for a little while.

3. Don’t judge your relationship against anyone else’s.

No matter what, playing keep-up with a bunch of “shoulds” just makes your life and relationship more difficult. Don’t look at the couples around you as some sort of scale for where you should be — every person is different so, of course, every relationship is different.

There are so many permutations of “successful” relationship — pick something that works for you and your partner regardless of whether or not it looks like other relationships around you.

And remember that your partner doesn’t have to be romantically involved with you. Long-term roommates benefit just as much from communicating with each other as other couples do, for example.

Tell me what you do to sustain your relationships, please.

Marianne Kirby is a Weekend Editor at xoJane.com. 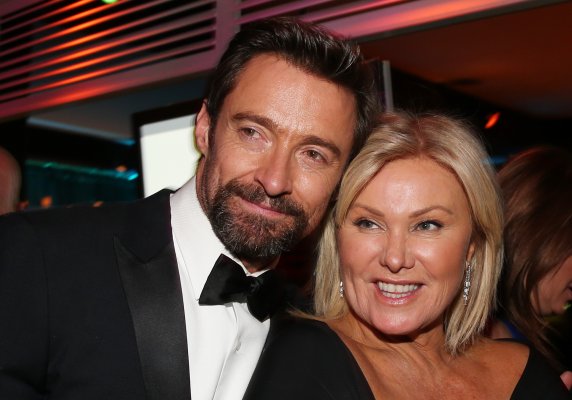 Hugh Jackman's Wife Is Sick of Being Called 'Lucky'
Next Up: Editor's Pick