The Force Disrupting Samsung and Other Tech Giants

Over the past five years, Samsung has become one of the big tech giants, enjoying a lot of success with its smartphones and tablets. It became a dominant player in China, Korea and other parts of Asia, and became Apple’s biggest competitor in the U.S., Europe and other parts of the world.

However, over the last two quarters, Samsung’s profits have declined substantially, with its executives recently warning that profits could be off as much as 60% in the most recent quarter. So in such a short time, how did a tech giant go from the top of the mountain to a place where it’s looking like the next BlackBerry?

This came about because of the Shenzhen ecosystem effect. Shenzhen is a large town about 30 miles north of Hong Kong and an important part of the China manufacturing area. What makes this area interesting is that it has emerged as a kind of technology parts depot that provides off-the-shelf components that can be used to create everything from smartphones, tablets, PCs or any other type of tech device, which can then be sold as no-name — or what we call white-box — products.

During my first visit to Shenzhen many years ago, I was taken to a six-story building that was affectionately called the flea market for cell phones. On every floor were dozens of vendors with glass showcases peddling cell phones and early smartphones by the hundreds. In Asia and many other parts of the world, users actually buy their cell phone of choice first and then go to a store to buy a SIM card that provides voice and data services.

In this part of China, the Shenzhen flea market was a hotbed for locals to come and buy their phones, providing all types of sizes and models to choose from. Most of the cell phones were of this white-box nature, carrying no known brand name and having been manufactured cheaply from readily available components. They were sold all over China and parts of Asia, and up until around 2007 when Apple introduced the iPhone, these types of phones dominated these markets.

Over the last seven years, the Shenzhen ecosystem of component makers has become much more sophisticated, supplying high-quality components to vendors of all types, which are then used to make smartphones and tablets that can rival products from Apple, Samsung and anyone else making top of the line devices. And vendors from all over the world are making the trek to Shenzhen to buy these components, get them manufactured in quantity and take them back to their regions of the world to sell against established brands.

The best example of this comes from a company called Xiaomi, which didn’t even release its first smartphone until a few years ago but is now the number one smartphone provider in the region. It did this by leveraging the Shenzhen ecosystem to create well-designed smartphones. Until early 2013, Samsung was a top player in China, but big brand Lenovo jumped into the China market with smartphones and gave Samsung some serious competition. Apple also entered China in a big way. Between these three companies making aggressive moves in China, Samsung began to lose market share dramatically.

Micromax has done something similar in India, coming from nowhere to own 40% of that market today. Cherry Mobile did the same thing in the Philippines, and this similar pattern is being replicated in Brazil, South Africa, Eastern Europe and elsewhere — all markets that Samsung had leads in but where it’s now coming under major competitive threats.

Samsung has a double whammy going on here, too. One of the reasons the company has been so profitable in the mobile business is because of the Galaxy S4 and Galaxy S5 smartphones and the Galaxy Note 3 phablet. These smartphones are in the premium category and Samsung dominated the five-inches-and-up smartphone space for almost three years.

However, research is showing that Samsung benefited from a lack of a similar products from Apple, but now Apple has the new 4.7-inch iPhone 6 and the 5.5-inch 6 Plus. These products take direct aim at Samsung’s similar models and demand for these new iPhones has been very strong, so Samsung is impacted by this Apple move as well.

What makes this even more problematic for Samsung is that its business model is to make money from the hardware. These white-box vendors can take these phones to their local regions and sell them pretty much at cost because they make their money on apps and local services that they provide their customers. Samsung and many of the other big vendors aside from Apple make most of their money on hardware, while Apple makes money on hardware, software and services.

When it comes to PCs, we have always had white-box products in the market. In fact, no-name white boxes represent about 40% of all PCs shipped. However, companies like HP, Dell, Lenovo, Acer, Asus and others have had solid brands and offered things like warranties and service agreements. Even though brand-name PCs are priced much higher than white-box PCs, the big players have been able to compete around the world based on brand, distribution and customer services.

This has been especially true in the U.S., Europe and most of the developed markets. However, if you look at what’s going on with laptops now and see how products like Chromebooks and low-end laptops and desktops are dominating consumer markets, even these major vendors are being squeezed when it comes to trying to actually make money just on hardware.

We are starting to see new PC players go to the Shenzhen components market in order to create PCs to sell in their home markets. Once there, they add local apps and services while pricing these laptops and PCs almost at cost. If they gain more ground in these local markets, this could have real impact on traditional PC vendors who are still trying to compete in these markets but have to make profits from hardware alone in most cases.

For Samsung, the Shenzhen effect is a serious problem — one that will be very difficult to counter while still maintaining profitability. Even with new hardware products, Samsung’s lack of software and services for local markets will continue to make it difficult to compete with Xiaomi, Huawei and others, especially in markets like China and other parts of Asia.

Even worse for Samsung are rumors that companies like Alibaba and Tencent may jump into these markets with smartphones of their own in the next year. Both of these Chinese companies have strong local services they can tie to these smartphones, allowing them to almost give these devices away since they are assured an ongoing stream of revenue from preloaded apps and services.

The Shenzhen ecosystem will continue to be a disruptive force as hardware becomes commoditized and real money is made from apps and services. Companies just selling hardware will continue to be challenged by these upstarts, who can buy components cheaply and get them manufactured cheaply. This can leave even the big tech players hurting, as we’re seeing now with what’s happening to Samsung.

To get a better understanding of the Shenzhen ecosystem and Xiaomi in particular, check out Ben Bajarin’s short presentation on this topic. 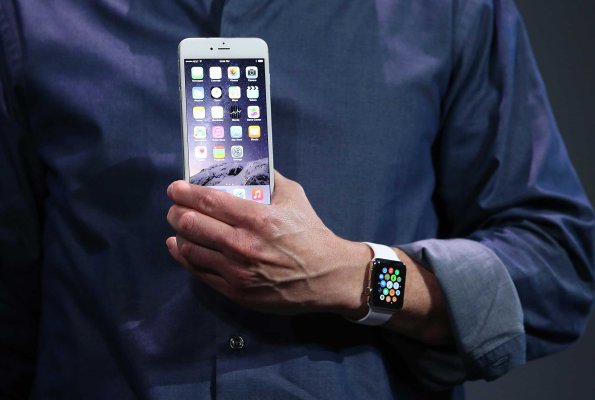 How Communication Will Evolve Through Digital Touch
Next Up: Editor's Pick