Ground Zero in the Clutter Wars: My House

I do not get along terribly well with clutter — and I frankly have no interest in improving our relationship. I believe shelves, closets and drawers were invented for a reason — so they can remain completely empty. My feeling is, if Ikea’s display of its stylish new Framstå system can do it, why can’t I?

But I don’t live alone. I live with a wife and two daughters — ages 14 and 12 — and they take a less antiseptic view of things. Our home, which was originally advertised as a “sun-drenched two-bedroom apartment on Manhattan’s fashionable Upper East Side,” has instead become something of a longitudinal study in the second law of thermodynamics, which, if you’re like me, is your least favorite law of thermodynamics, since it’s the one that states that all closed systems move inevitably toward entropy.

By closed systems, I don’t mean such who-cares stuff as the environment or the planet or the cosmos. I mean my personal space. And by entropy, I don’t mean molecules or thermal gradients. I mean schoolbooks and empty glasses. I mean shoes and clothes, dropped mid-floor, real-time, in such perfect simulation of the body that shed them that they look less like a mess than like a preteen parade float waiting to be inflated. I mean flyers for Memorial Day sales at stores that closed in 2006, subscription cards for magazines that ceased publishing when our children were in pre-K, discount offers for a first generation TiVo.

More and more, our home is developing what can only be described as geological strata: here are the crayon traces of the preschool epoch, which lie below the glitter of the Princess epoch, which itself was buried by the fabric-and-plastic sediment of the American Girl epoch. A thick layer of Tiger Beat precipitate is now fluttering down atop that, which, given enough heat, pressure and millennia, might at least compress itself into a useful fossil fuel.

I rage, rage against the rubbish — and do what I can to reduce it. I move about the apartment, gathering things up in what feels to me like an efficient stride-and-sweep pincer movement, but which even I realize is increasingly resembling a bustle. I collect dropped belongings and put them away in any handy drawer or armoire, a behavior I call helpful and my family members — along with most trained clinicians — call passive-aggressive. And when I’ve put something somewhere its owner doesn’t want it and therefore can’t find it, my refrain is always the same:

“There is one way to ensure that things are where you want them, and that’s to put them away yourself.” This argument has the twin qualities of both unassailable logic and a perfect, 0% success rate in changing anyone’s behavior.

One answer to our family impasse is an open dialogue, a frank exchange of feelings and a willingness for collective compromise. The other answer is the one that actually works: money.

Not long ago, my wife mentioned that she’s had her eye on a new platform bed. A platform bed, of course, would go in our bedroom — a room that on any given day is just one copy of Oprah away from needing its own Chernobyl-style containment dome.

So I made a deal: we would get the bed — and two new dressers, and two new night tables, and an upright chest, and a vanity, and discard all of the existing furniture if all of the clutter went. I would also surrender our entire walk-in dressing area to my wife and confine my clothes to my new drawers. It was the marital equivalent of land for peace.

My wife, to my delight, took me up on the deal. The clutter is now slowly being peeled back and thrown away, and the furniture delivery has been scheduled. My daughters, with the gimlet eyes of bazaar merchants recognizing a sucker with a Fodor’s guide and a wad of American money, requested the same arrangement and I agreed.

I am now buying them a new bedroom set too. In return, they promised two things: to keep the room neat and — much more important — to let me think I won.

Read next: Minimalist Living: When a Lot Less Is More 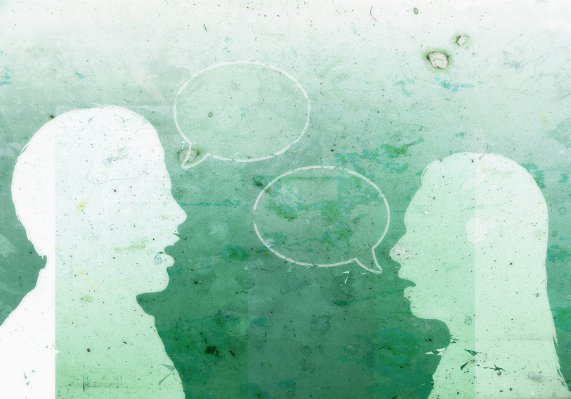