Iran's Building a Mock Aircraft Carrier for a Movie

Iran says its faux flattop is to star in a movie.
Digitalglobe
By Mark Thompson

If imitation is the sincerest form of flattery, the U.S. Navy’s fleet of 10 aircraft carriers should be feeling pretty smug right about now. Why?

The first ship of the Marines' new class of mini-carriers, the USS America, in sea trials in November.
Navy photo

Well, there’s no better way to grab the attention of U.S. intelligence than pretending to build or destroy aircraft carriers, which have served as the heart of the U.S. Navy’s fleet for 70 years.

The U.S. Marines have always been leery of relying on the U.S. Navy for air support. That’s why they have their own Gator navy to ferry their airplanes to battle (these ships are owned and operated by the Navy, but dedicated to the corps’ use).

The Marines apparently are a little late to the Defense Department’s push for joint operations, where each service brings its own skills to the fight. But it makes sense, in a perverse Pentagon kind of way: seeing as the Marines are basically a second land army, why shouldn’t they have their own naval fleet and air force, as well?

China has tested a ship-killing missile against a carrier-sized target in the Gobi desert.
WCT

China, following in the footsteps of its regional rival, Japan, has never cared for U.S. aircraft carriers patrolling off its coast. That explains its effort to develop weapons that can put such American warships at risk, without having to build a costly blue-water navy of its own.

So those two carriers make some kind of sense. But the Iranian example, first reported in the New York Times, doesn’t. The mock carrier is under construction in Bandar Abbas, an Iranian port city on the Strait of Hormuz. “We do not assess that Iran has the capability to build an aircraft carrier,” says Navy Commander Jason Salata of the U.S. Navy’s 5th Fleet in Bahrain. “We do not assess that this particular barge would impact our operations here.”

Iran has pulled such stunts before. Last year, the aviation world hooted and hollered when it rolled out the F-313, Iran’s first homemade “stealth” fighter.

What’s the carrier actually for? Iranian media reported Sunday that the fake carrier will star in a movie about the 1988 shootdown of an Iranian Airbus airliner by the U.S. Navy, which killed all 290 aboard.

The official Navy probe into the tragedy didn’t mention any involvement by a carrier. In fact, the warship that fired the missile that downed the airliner was the USS Vincennes, a cruiser. So constructing a mock carrier for such a movie doesn’t make sense.

But, given that one of the actors involved in the production of Airbus is Sean Ali Stone, son of U.S. filmmaker Oliver Stone, perhaps it does. 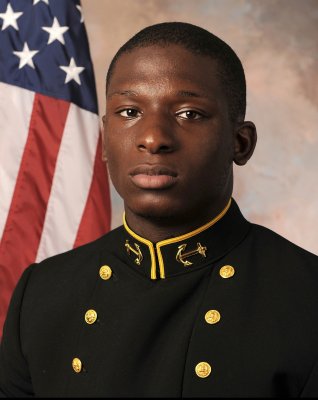 Ex-Navy Footballer Not Guilty of Sexual Assault
Next Up: Editor's Pick