There’s no doubt that “Riptide” was a break-out hit for Australian singer-songwriter Vance Joy. Now that Taylor Swift has covered the heart-tugging track, it could be even bigger.

Vance Joy (real name James Keogh) released his debut album, Dream Your Life Away, last month on Atlantic Records. He spent the summer making the rounds of the festival circuit, performing well-received sets at Bonnaroo, Lollapalooza and Outside Lands. But despite the success of “Riptide,” Keogh has been operating just outside the spotlight, still an up-and-comer. No more. It’s hard to stay under the radar when one of the biggest pop stars in the world covers your song.

“I had a special feeling about [the song],” Keogh told TIME last year. “I didn’t know if it was going to necessarily be a really popular song, but I knew that it was catchy and it had a definite spark to it.”

Swift covered “Riptide” for BBC1’s “Live Lounge” singing while accompanying herself at the piano and losing herself in the song’s emotions. It is a beautiful version of the song and should be enough to tide fans over until Swift releases her fifth album, 1989, on Oct. 27. 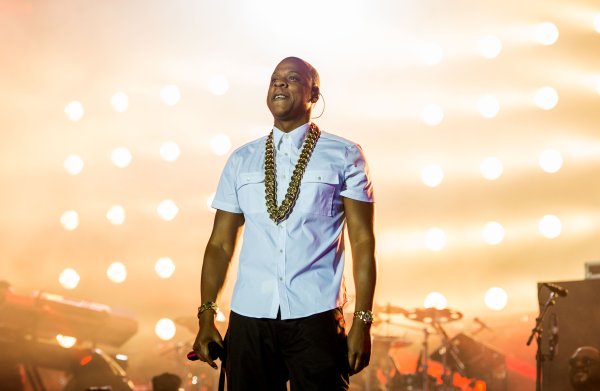 See Jay Z Respond to a Tourist Who Doesn't Recognize Him
Next Up: Editor's Pick