Courts Shoot Down Voter ID Laws in Texas and Wisconsin

A polling location in Lipan, Texas seen during the last presidential elections in 2012.
Tom Pennington—Getty Images
By Maya Rhodan

The Supreme Court and a lower court blocked voter identification laws in Wisconsin and Texas Thursday, clearing the way for hundreds of thousands of voters in both states to have easier access to the polls as next month’s midterm elections loom near. The laws are two of many passed by several states recently in what supporters say are intended to clamp down on voter fraud, but detractors argue the rules are discriminatory and illegal.

The U.S. Supreme Court late Thursday blocked Wisconsin’s voter identification from taking effect, reversing a lower court order to let the law stand during next month’s midterm elections in a 6-3 ruling. Justices Samuel Alito, Antonin Scalia and Clarence Thomas dissented, saying it’s troubling that the change comes so close to the midterms. Voter rights advocates, however, praised the ruling, with Dale Ho of the American Civil Liberties Union saying in a statement that it will “help safeguard the vote for thousands of Wisconsinites.” The ACLU is among the groups challenging Wisconsin’s voter ID law.

The Supreme Court’s ruling came down as a district court in Texas found that state’s similar voter identification law discriminated against black and Latino voters, violating the Voting Rights Act. The federal government and a slew of advocacy groups brought a suit to fight Texas’ law, which the state implemented just hours after last summer’s Supreme Court decision striking down a portion of the Voting Rights Act that required Texas and several other states to get federal government approval before implementing new voting laws.

In a statement, Texas National Association for the Advancement of Colored People Gary Bledsoe said voting rights advocates are “greatly encouraged by today’s decision.” However, the state of Texas said it will “immediately appeal” the ruling, according to a statement from the state attorney general’s office. 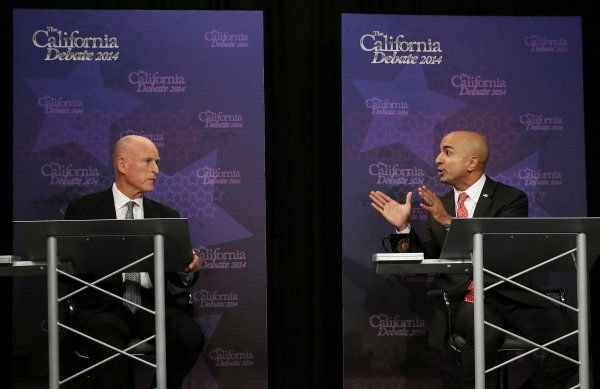 This Candidate Will Pay For Your Gas to Smash a Toy Train
Next Up: Editor's Pick