Military Action, Diplomatic Threats Between India and Pakistan in Kashmir

Villagers sit on the debris of their house after it was damaged during the recent exchange of fire between Pakistan and India at the Pakistani border town of Dhamala Hakimwala on Oct. 8, 2014
Faisal Mahmood—Reuters
By Rishi Iyengar

India and Pakistan exchanged multiple warnings and even subtle hints of a nuclear retaliation on Thursday, as military action from both sides continued on the Kashmir border in what is the worst standoff between the two countries in nearly a decade.

Heavy shelling on the border over the past week has resulted in the deaths of at least eight Indian and nine Pakistani civilians, and thousands of villagers have been forced to flee their homes, according to Reuters.

Tensions between India and Pakistan, who have fought three wars since the former was liberated and the latter created in 1947, have long convulsed South Asia. Border skirmishes between the nuclear-armed neighbors are relatively common in spite of a 2003 cease-fire agreement, but a sudden escalation of violence, stronger-than-usual posturing from both governments, and a departure from the usual methods of resolution are what sets the current conflict apart.

“This conflict is different first of all in that it’s prolonged and escalating, and secondly in that civilians are getting killed,” says Radha Kumar, director general of the Delhi Policy Group. “It’s never gone on for this long in the past 10 years.”

In August this year, there were cease-fire violations along the Indian-Pakistan border in Jammu, Indian-administered Kashmir’s winter capital. Some civilians were killed and around 2,000 villagers fled their homes to ramshackle camps. Toward the end of the month, a flag meeting was held between the two forces and peace had prevailed, only to be shattered early this week.

Pakistan’s Defense Minister Khawaja Asif, in response to his Indian counterpart Arun Jaitley’s warning that Indian forces would render any “adventurism” by Pakistan “unaffordable,” said Islamabad has the ability to counter Indian aggression, followed by what could be perceived as a veiled threat. “We do not want the situation on the borders of two nuclear neighbors to escalate into confrontation,” Asif said on Thursday.

The border standoff marks a downturn in India-Pakistan relations under new Indian Prime Minister Narendra Modi, whose invitation to Pakistan’s embattled Prime Minister Nawaz Sharif for his inauguration ceremony in May sparked hopes of closer ties between the historic adversaries. The recent flash floods in Kashmir, which claimed hundreds of lives on both sides of the border, also saw exchanges of support and goodwill between the two leaders.

Shuja Nawaz, director of the Washington, D.C.–based Atlantic Council’s South Asia Center, says the current conflict is fairly typical in terms of the force used by either side and that civilians have been caught in the cross fire. However, “what makes it different is that you have two new governments and they are not following the standard operating procedures of resolving this at the military level,” he tells TIME.

The Indian Express reported that India’s Border Security Force has refused to engage in another flag meeting with Pakistani officials, instead asking the Ministries of Home and External Affairs to use diplomatic channels to resolve the conflict.

“All our efforts to secure peace and tranquility on the Line of Control and the Work Boundary have elicited no cooperation from the Indian side,” said a statement from Sartaj Aziz, National Security Adviser to Prime Minister Sharif. On Friday, the Pakistani leader called on New Delhi to honor the pre-existing cease-fire agreement.

Certainly, the steadily escalating conflict could not come at a more inopportune time for Sharif, as he faces widespread protests over allegations of corruption that have rocked his government for over two months amid rumors of a potential military coup. “He is trying to show that he and the military are on the same page,” says Nawaz.

However, analysts are split on the long-term consequences of the current escalation. According to a high-ranking Indian army official in Kashmir, who spoke to TIME in August on condition of anonymity, border confrontations with India will only increase as political instability deepens in Pakistan.

“The fact of the matter is that Nawaz Sharif is not in charge, he’s not even in charge of the capital,” agrees former Indian diplomat G. Parthasarathy, who served as the high Commissioner to Pakistan between 1998 and 2000. “The [Pakistani] army is primed to see how the Modi government will react to this infiltration.”

But Hamayoun Khan, a lecturer in the Strategic Studies Department at Islamabad’s National Defence University, says that Indian politics have just as much of a role to play in the conflict, pointing to upcoming state-assembly elections in Haryana and Uttar Pradesh. Khan says the border situation works to the advantage of nationalist parties like Modi’s BJP, which is not shy about courting anti-Pakistan views to get votes. “Once they are over, once the rhetoric from the other side stops, this conflict will abate,” he says. “They [India] will mellow down and so will we.”

Khan also disagrees with claims that the Pakistani Prime Minister has no control of his government. “The political situation that has been going on for over 60 days has put Nawaz Sharif under a lot of pressure, but he’s bearing the burden of that pretty well and is pretty much in control,” he says.

The question of the possibility of rapprochement, meanwhile, is yet to be answered. “My fear is that the escalation ladder is very steep, particularly in Kashmir. You can go quickly from exchanging words to exchange fire,” says Nawaz. “It’s not in the best interests of either government to let this issue fester.” 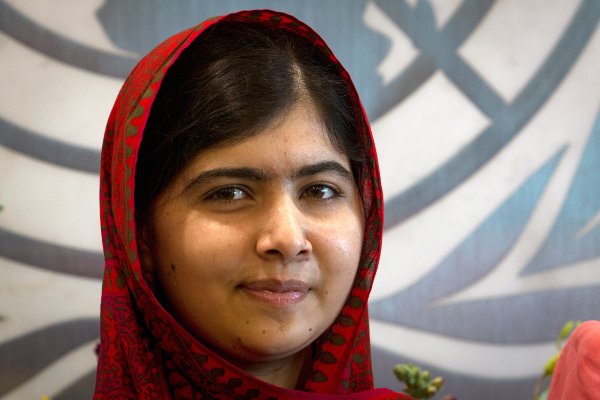