The extraordinarily versatile actress, comedian and singer Jan Hooks passed away Thursday at the age of 57, after battling a serious illness.

While Hooks had memorable roles on Designing Women and 3rd Rock from the Sun, she was best known on television for work as a cast member of Saturday Night Live. Hooks joined SNL in 1986, in a class of comedians that included Dana Carvey, Kevin Nealon and the late Phil Hartman. Throughout her tenure there, Hooks played many memorable parts, with hilarious impressions ofas Tammy Wynette and Jodie Foster, among others.

Her talents left an indelible mark on comedy and helped bring SNL back from the brink of cancellation, and for that fans will forever be grateful.

Here are her five best sketches:

1. Hooks shone as an over-the-top Kathie Lee Gifford singing to a monkey, “I Didn’t Evolve From You”, to the horror of her co-host Regis Philbin (played by Phil Hartman):

2. During the scandal that brought down their PTL Club empire, Hartman’s Jim Bakker and Hooks’s Tammy Faye Bakker stopped by for a chat with Dana Carvey’s Church Lady, who was determined to find out whether they were “responsible Christian broadcasters or greedy media sluts”:

3. Hooks played an integral role in national politics when she donned the wig and blazers of First Lady Nancy Reagan opposite Phil Hartmann’s Barbara Bush:

4. Hooks is perhaps best known for her role as Candy Sweeney, one half of the singing Sweeney Sisters, whom she played opposite Nora Dunn. The duo would deliver weirdly genius renditions of lounge songs interspersed with dramatic asides, serious scatting and the first two lines of “The Trolley Song” (“Clang, clang, clang went the trolley…”).

5. Hooks impression of Hillary Clinton became one of the hallmarks of SNL, before Hooks left the show in 1991.

6. Hooks played a witness when Rosanna Arquette tries to sue Jon Lovitz’s Mephistopheles in The People’s Court. It may have just been a supporting role, but it was memorable and shows how Hooks could make even the smallest parts stand out: 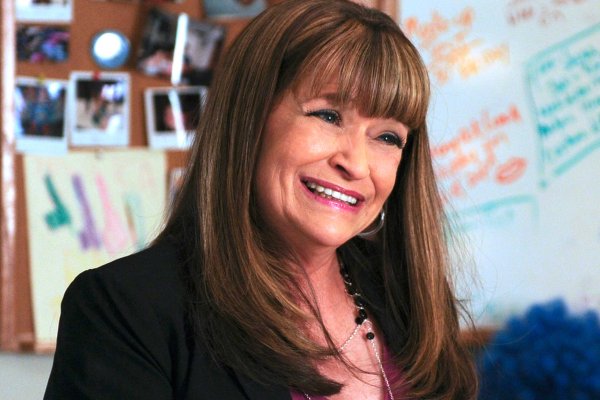