"It Was Meant to Happen": Alecia Moore and Dallas Green Team Up for You+Me

“We’ve been talking about doing it at some point for a number of years,” agreed Dallas Green, who can usually be found on stage performing under the moniker City and Colour. “It just happened that this past March we both had a bit of a break in our schedules and decided to sit down and figure out if this is worth exploring. We ended up with a record.”

Tomorrow the duo, who dubbed their collaboration You+Me, will release rose ave., the album that they created while holed up in a studio in Los Angeles in a time frame carved out of their busy schedules. “Alecia told me the night before that she had a studio booked,” said Greene, who had expected just to come to Los Angeles and write a few songs with his old friend. “I showed up with a bunch of melodies and guitar parts and an iPhone with a bunch of voice notes on it. We sat in the studio and everyday we did a song or two.”

“I don’t want to say it was effortless, but in a way, it was. It was meant to happen,” said Moore. “This album is very special to me.”

The result of their effortless efforts is a ten-track album comprised of gentle folksy songs with soaring melodies. It’s a natural extension from Green’s singer-songwriter work as City and Colour, but fans of P!nk’s pop songs may be surprised by the unvarnished charms of the tracks. “People who listen to entire albums aren’t going to be surprised by this, but people who only know me by my singles are,” said Moore. “I have a lot of songs that are just me and an acoustic guitar. Music is a lot of different colors, and I like them all.”

“My fans are used to me shape-shifting,” Green said. “It’s a surprising collaboration, because you know the two of us by what we’re ‘known for,’ but if you knew our relationship as people and as friends, it’s not surprising at all. We’re just two singer-songwriters who sat in a room and sang a bunch of songs together.”

While rose ave. will hit store shelves at a time when another unexpected duo — Lady Gaga and Tony Bennett — have a chart-topping album, Moore and Greene didn’t plan on chasing the zeitgeist. “This idea has been a possibility for years — it just happened to come out at a time when everybody is featured on everybody elses’ songs and duets are all over the place,” said Greene.

“I really like when Kermit comes on the Sesame collection with Big Bird,” laughed Moore. “That’s where I’m at with duets.”

“I haven’t really collaborated that much before and I was really excited to see where we could go with it,” said Greene. “I love that two such giant voices — if I can say so for myself and Alecia — can make an entire record and never once overpower each other. It’s astonishing to me how we were able to meld our voices together. It ripped my face off every time we went into the vocal booth.”

“It’s true,” deadpanned Moore. “His face was ripped off every single time.”

The album finds the two friends taking a more intimate approach to recording their music. “There are a lot of things and people and pressure that go into making a record and going on tour, so this album is very personal for us,” said Greene. “I think one of the reasons we called it You+Me is because it was just an idea borne from the two of us being friends and wanting to sing together. When we were done we handed it to the label and said, ‘Here, we did this. Do something with it.’”

For Moore, the change of pace was also a return to the songs she loved as a child. “I was like an 8-year old again. I grew up listening [to] harmonies, so it was just so yummy to sit on a chair with my friend and sing these beautiful harmonies,” said Moore. “I literally had a smile on my face the entire time. My cheeks were sore from smiling.”

“My dad is a Vietnam vet and he comes from that wonderful era of music — every road trip or motorcycle ride we took, we had Creedence Clearwater [Revival] and Don McLean and Janis Joplin,” said Moore. “McLean and Simon and Garfunkel were my favorites of his. I also loved the Indigo Girls. Every talent show I could enter, I was trying to find someone to sing the low harmonies with me so I could sing the Indigo Girls.”

The duo wrote the songs collaboratively, but Moore gave Greene the bulk of the credit: “I’m just a voice,” she said. “I don’t play instruments, but I have a lot to say — but I need someone’s help to say it. My husband is lucky that Dallas is my friend, because I can tell Dallas what I’m thinking sometimes instead of him. It’s a nice break for Carey [Hart].”

Greene and Moore started writing the songs in bits and pieces, sending ideas back and forth on tour. The track “From a Closet in Norway (Oslo Blues)” started out as a riff on Greene’s iPhone that he sent to her while on the road. “I was on tour and I went into a closet to record it. I wrote one line with this riff in it and it ended up being the first line of the song,” said Greene. “I sent that to Alecia and she just ran with it, and wrote the rest of the lyrics based on where I was coming from. She scribbled in her notepad, and that’s how we wrote most of the songs. On other songs, we had a framework. Like for ‘Break the Cycle,’ she said she wanted to write a song for her mom and we just figured out what we wanted to say.”

“I had a strained relationship with my mom, which was both really, really beautiful and loving and really, really painful and empty,” said Moore. “My greatest job in my life is to change that for my daughter. I would walk on fire to love Willow in a more wholesome way. Obviously it’s a cliché that we want more for our kids than we had, and I’m not saying I had it terrible, but I want to break the cycle. My dad was an abused child, and he would always say that everyday you have a choice of who you are going to be, and your choice is to break the cycle.”

“The thing that I didn’t get across is that I love my mom,” said Moore. “We’ve been working on our relationship for a long time and we will continue to. That’s the beauty of our relationship.”

“The funniest part is that my mom heard that we had written a song for her and she thought it was the love song ‘You and Me,’” laughed Moore. “I was, like, ‘Yeah, no, Mom. That’s not the song.’”

“’You and Me’ is a best friend song,” said Greene. “When I went home after our first couple of days writing and recording songs, I was so emotionally moved by the experience, and trying to explain to my wife how much my friendship with Alecia meant to me, and she told me that I should write a song about it. It’s a brotherly-sisterly song, for me, but it’s relatable enough that you can take it however you like. You could listen to it and think of your husband or wife or mother or dog. ” 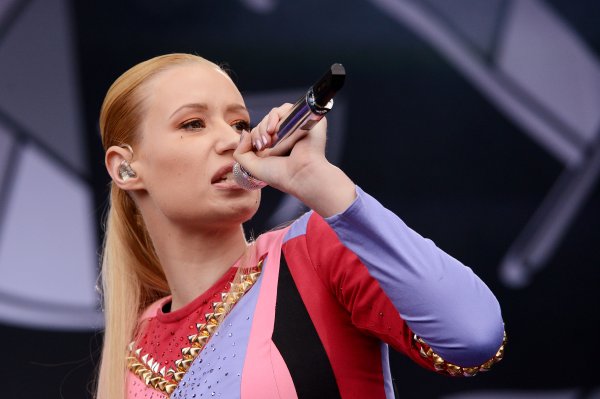