The Case Against Cooking

The guy from Con Edison comes knocking on our apartment door once a month. He’s there to read the gas meter in our kitchen, where the gas meter is located in an apartment building constructed in 1928. He needn’t bother, since that meter hasn’t budged since, oh, 2010, when we shut off the gas.

The reason my wife and I don’t cook our food is the same reason that we don’t hunt our food. These skills are no longer required to sidestep starvation. Cooking now ranks right up there with vacuuming—except that vacuuming removes a mess while cooking creates one. We have more efficient uses of our time and energy.

And it’s not just us. According to the United States Department of Agriculture, (notice, there’s no Department of Cooking) Americans spent 43.1% of our food budgets on food bought away from home in 2012, up from 25.9% in 1970. It’s the highest level ever. One reason is that food costs a lot less now then it did in 1970. We spend less of our total income on food, so we can be a little less fussy about who makes it.

Chef Mark Bittman properly rails about the empty calories Americans consume that have led to our obesity crisis, but not cooking doesn’t have to doom you to a life of junk food. I don’t eat burgers. But there are plenty of other options in my neighborhood. The Chinese takeout joints can offer steamed veggies and tofu over brown rice at a price you couldn’t possibly beat in your own kitchen. (Not that you’d want to.) There’s a vegan place — right next to the steakhouse. Burmese, Persian, Italian, Jewish, French, Mexican, Indian, Turkish, and Thai outlets vie all for my patronage with fresh deliciousness, delivered to your door in under 20 minutes at a reasonable price.

Granted, New York is a dense city that can support 15,000 restaurants, and its crazy ethnic mix yields unmatched variety, but the rest of the country is catching up fast. The growth Hispanic America has been a godsend to better options. Emerging fast-casual, healthier-food chains with names like Garbanzo Mediterranean Grill are getting traction—one reason McDonald’s is struggling. And supermarket chains offer heat-and-eat meals that are freshly made. There’s a name for it: home meal replacement, as in HMR. Bless us, even 7-Eleven is getting into the game. You’re going to be able to buy real food there along with your cigarettes and Slurpees.

When I was a kid, families cooked at home because they were too poor, relatively speaking, to eat at restaurants, and Mom was home to woman the stove. Today, it’s the opposite: many Americans are too poor to cook at home; they’re way too busy trying to scratch out a living. For working parents chasing a couple (or more) jobs and a couple of kids, the act of acquiring and cooking food is a time-consuming luxury.

Where did we get this idea that we must commune with food through the medium of cooking? Why do I have to have a spiritual relationship with produce? (And especially with you, broccoli.) The kitchen as we know it today is a relative newcomer to the American home. Brooklyn is filled with 19th-century Federal-style row houses whose owners often fret about nailing down period details; but all these homes have retrofitted modern kitchens because the kitchen was originally in the basement. Cooking had been kicked out of the hearth and relegated to the remote part of the house.

Not cooking isn’t new, either. Until the Depression, a vast servant class existed in the U.S.—it pops up all over census reports—so that even lower-middle class families could afford hired help who did the menial work, such as cooking—in the basement. The modern-day counterparts of those servants are working at McDonalds.

The American Dream home with mom playing Queen of the Kitchen has always been more myth than reality. It wasn’t until the postwar period that companies like the Generals—Electric and Mills—began to fetishize the kitchen and the happy homemakers who would inhabit them. This is a relatively brief and booming period that began to come apart like a badly made muffin with the deindustrialization of the economy in the late 1970s and early 1980s and the advance of women in the workforce. Even GE is done with cooking: the company just sold its appliance division to concentrate on more complex and profitable stuff, like jet engines. What GE is saying about cooking is that the idea of transforming comestibles into combustibles through the application of heat in a specialized space is a relic of another age.

What I am saying is that if cooking can’t be done on my iPad, is there any point in doing it?

I love a great meal, and I’ve been lucky enough to eat remarkable ones prepared by talented chefs in Europe as well as in the U.S. I also have a friend who is a terrific cook and takes pleasure in sharing the fruits of his hobby. My wife and I are always delighted to indulge him. I can also appreciate that cooking evangelists like Bittman aren’t trying to start a cult, but rather trying to improve our wellbeing. That’s really admirable, but veneration of the stove isn’t the only way to change what Americans eat or their BMI. It’s why Con Ed’s meter reader will continue to come up empty when he reaches our door. 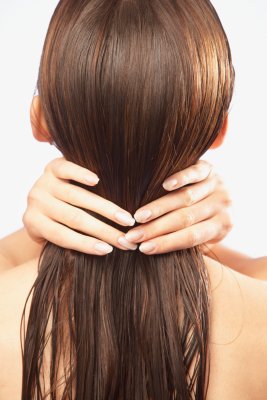 10 Foods for Stronger Nails and Thicker Hair
Next Up: Editor's Pick