The Pentagon’s top commander in South America has warned that if Ebola surfaces in Central America or the Caribbean, there will be a stampede of people heading north across the Rio Grande to the U.S. to escape the disease.

“If it breaks out, it’s literally, ‘Katie bar the door,’ and there will be mass migration into the United States,” Marine General John Kelly, chief of the U.S. Southern Command, said Tuesday. “They will run away from Ebola, or if they suspect they are infected, they will try to get to the United States for treatment.”

According to a Pentagon news summary of Kelly’s comments at the National Defense University in Washington, the four-star general said “there is no way we can keep Ebola [contained] in West Africa.” He made his comments the day before Thomas Eric Duncan died of Ebola in a Dallas hospital after arriving in the U.S. from Liberia.

The disease also can be ferried into the U.S. by human smuggling networks, he added, recalling what a U.S. embassy worker told him about a trip the diplomat made to the Costa Rica-Nicaragua border where he saw a group of men “waiting in line to pass into Nicaragua and then on their way north.” Kelly said the embassy official asked the men where they were from and where they were bound.

“They told him they were from Liberia and they had been on the road about a week. They were on their way to the United States—illegally, of course,” Kelly said. They “could have made it to New York City and still be within the incubation period for Ebola.” 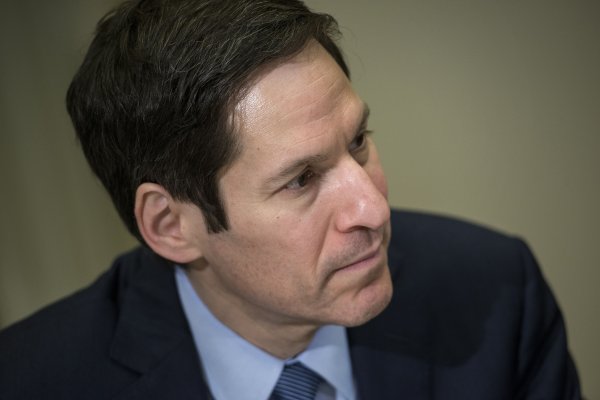