Why You Haven't Heard of Patrick Modiano, Winner of the Nobel in Literature

Once again, the Swedish Academy has awarded the Nobel Prize in Literature and left many Americans scratching their heads. French novelist Patrick Modiano won this year’s prestigious award, which is not only a serious literary feat, but also a lucrative one, as it comes with a $1.1 million prize.

According to the academy’s Permanent Secretary Peter Englund, Modiano was selected “for the art of memory with which he has evoked the most ungraspable human destinies.” The 69-year-old writer made his debut in 1968 with the novel La Place de l’Etoile. Since then, he has gone on to write dozens of books, frequently touching on the Nazi occupation of France, and has drawn comparisons to renowned countryman Marcel Proust.

So why does it seem that so few in the English-speaking world have actually read his work? Though the Swedish Academy has always seemed to swing between wildly popular writers (William Golding, Gabriel García Márquez and Toni Morrison) and those who are more niche (Eyvind Johnson and Harry Martinson), this year’s choice seemed to have confused even the most well-read. Soon after Modiano’s name was announced, much of the literary world — including critics — took to social media in order to ask, essentially, “Who?”

The puzzlement could have to do with the fact that despite Modiano’s prolific output — with more than 30 books and screenplays to his name — less than a dozen of his works have been translated into English, and even several of those are now out of print. Even Englund noted that many people outside of France would likely be unfamiliar with Modiano and his work. “He is well-known in France, but not anywhere else,” he said in an interview on Thursday, before recommending that newcomers should start with the English-translated novel Missing Person.

This is not the first time that the Swedish Academy has left scores of readers in the English-speaking world puzzling over the winner or, perhaps, even privately worrying about their own literary credentials. In 2009, when the Romanian-born German novelist and essayist Herta Müller was awarded the prize, many people were unfamiliar with both her work and her name. Literary critic and Yale professor Harold Bloom told the Washington Post, “[I have] nothing to talk about because I have never heard of this writer” when he was asked to comment on Müller’s win. And, like Modiano, only a fraction of her work had been translated into English, though the New York Times also noted at the time, that “[e]ven in Germany, Ms. Müller is not well known.”

The scene was something of an echo of 2004, when Austrian novelist and playwright Elfriede Jelinek was named the Nobel winner in recognition for her “musical flow of voices and countervoices in novels and plays that with extraordinary linguistic zeal reveal the absurdity of society’s clichés and their subjugating power.” Yet many state-side announcements of her win made sure to note her low-profile outside the German-speaking world.

Of course, the Swedish Academy — currently made up of 16 men and women who pick the winner each year — has long been criticised of Eurocentrism in its selection. In 2009, shortly after being named Permanent Secretary, Englund admitted that there was some truth to the accusations, telling the Associated Press, “I think that is a problem. We tend to relate more easily to literature written in Europe and in the European tradition.” He did, however, go on to acknowledge that there were many writers outside of Europe who deserved the award and, since then, winners have included Peruvian-born writer Mario Vargas Llosa (2010), Chinese novelist Mo Yan (2012) and Canadian short-story writer Alice Munro (2013).

But it’s important to keep in mind that while foreign translations from most literary writers can be hard to come by, there really isn’t reason to complain about Nobel winners being inaccessible. After all, the vast majority of winners since the prize’s debut in 1901 had written in English.

What’s more, awarding the honor to little-known writers — at least, from an English-reader’s perspective — can help introduce authors to a wider audience. Shortly after Jelinek won the prize in 2004, the American distributor of her book The Piano Teacher ran out of copies because demand was so unusually high. That was famously one of the goals of the Swedish Academy’s previous Permanent Secretary, Horace Engdahl, who once responded to criticism saying, “The purpose of the prize is to make them famous, not to tap them when they are famous.”

That prospect has already excited fans of Modiano’s in France. Anne Ghisoli, the director of the Parisian bookstore Librairie Gallimard, told the Times she had long been a Modiano fan, “but this prize will help raise the global profile of one of our consummate writers.” 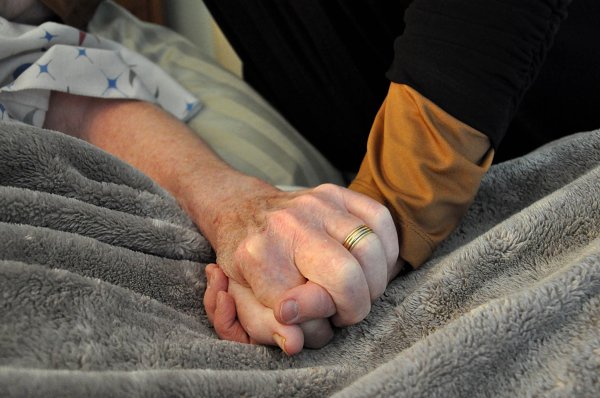 A Book About Dying Tells You How to Live
Next Up: Editor's Pick