The ceremonial end to Landon Donovan’s U.S. national team career is nearly upon us. On Friday, Donovan’s token appearance as captain against Ecuador in East Hartford, Connecticut will signal the end of a glittering career in which Donovan cemented his status as the greatest — or at least the most influential — American soccer player of all time.

There may be some controversy surrounding Donovan’s relationship with U.S. head coach Jurgen Klinsmann at the moment, but U.S. Soccer showed its appreciation for Donovan with a moving mini-doc about Donovan’s career in the sport and on the international stage.

The seven-minute video starts with clips of Donovan as a child making other children look absolutely foolish, and ends with his seminal extra-time goal against Algeria. Along the way are a pretty incredible amount of career milestones to fit in to a seven minute video. To wit, U.S. Soccer also released a couple shorter features on individual moments: His time with the U-17 national team (teenage Donovan goes to DisneyWorld), his first cap & first goal (teenage Donovan scores vs. Mexico, freaks out), and his record-breaking goal against Sweden.

Watch the full feature below:

The article originally appeared on SI.com

Most Popular on TIME
1
Meet TIME's First-Ever Kid of the Year
2
What Donald Trump Can — And Can't — Do with the Pardon Power
3
Who Should Be TIME’s Person of the Year for 2020? Vote Now 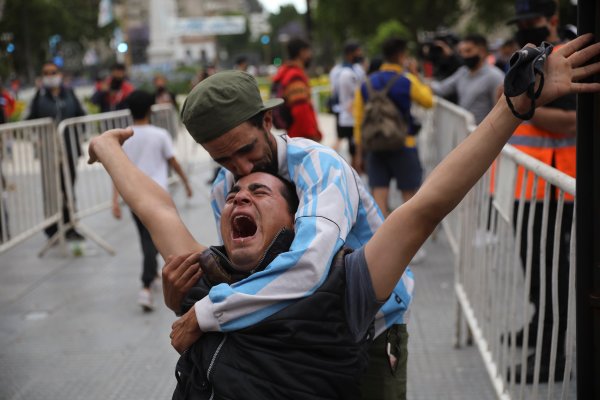