If Democrats hold the Senate in November, it could be due to surprising success in states the party never expected to be competitive.

Just weeks after independent candidate Greg Orman surged in a Kansas Senate race that had been chalked into the Republican column, Democrats have spied another unlikely opening on the prairie. The Democratic Senatorial Campaign Committee (DSCC) on Wednesday pumped $1 million into the surprisingly competitive South Dakota Senate race.

The DSCC poured in the cash just hours after a new poll showed Republican Mike Rounds locked in a three-way contest with independent candidate Larry Pressler and Democrat Rick Weiland. The SurveyUSA poll released Wednesday showed Rounds with 35%, Pressler with 32% and Weiland with 28%. The race also includes a Tea Party candidate who could siphon votes from the GOP frontrunner.

The survey could be an outlier. Rounds still boasts an average 12-point lead in recent polling, and South Dakota is a conservative state. “If I was a betting man, I would still put money on Rounds,” says Bob Burns, a veteran political analyst in the state.

But the DSCC’s move, first reported by Bloomberg Politics, underlines the dramatic changes in a race that both sides had written off as a cakewalk. Even this summer, as Democrats desperately searched for ways to hold their majority together, Senate Majority Leader Harry Reid was frank about the party’s chance in South Dakota. “We are going to lose,” the Nevada Democrat said.

But as in neighboring Kansas, something strange is happening in South Dakota. Rounds, a former governor, has been dogged by a controversy over the state’s EB-5 program, a federal visa program that grants green cards to wealthy immigrants who invest at least $500,000 in economic development project. As governor, Rounds was a booster of the program, which has drawn criticism for mismanagement and lack of transparency after it was privatized by one of the governor’s allies.

Democrats believe the issue may have made Rounds vulnerable. The Republican’s campaign did not immediately return a request for comment.

The Democratic money will go toward field operations and ads attacking Rounds. In a sign of how strange the three-way entanglement is becoming, Mayday PAC, the quixotic super PAC whose stated goal is to reverse the tide of big-money politics, has dumped $1 million into the race in support of Weiland, whom not even Reid is supporting. Meanwhile, the wild card is Pressler, 72, a three-term former U.S. senator who represented the state as a Republican from 1979 through 1996.

Nearly 20 years later, after stints as a college professor in the U.S., Italy and France, Pressler has launched the kind of quixotic campaign that is typically run by quirky obsessives, not former senators. He has one paid staffer, slaps together homemade yard signs with magic markers, and relies on his wife as his driver when he barnstorms the state. When he returned a reporter’s call himself Wednesday, he had just been informed that his campaign website did not include a mailing address for supporters to send in contributions.

In part that’s because of his fundraising deficit. According to data compiled by the Center for Responsive Politics, Pressler has spent just $50,000, a sum dwarfed by Rounds’ $3 million. “I’m like a sitting duck with no clothes on out on the firing range,” he says. “We won’t be able to answer any negative ads.”

Pressler says he hasn’t decided which party he would caucus with if elected. But with the GOP’s lurch to the right, the former moderate Republican now sounds more like a Democrat. He voted for Barack Obama. He supports balancing the budget in part by raising taxes on millionaires, a new gas tax and the elimination of some corporate deductions. He wants to raise the minimum wage and teacher salaries, supports gay marriage, and says the U.S. should pare back its military spending. “I’m not an isolationist,” he adds. “I know we have to do some bombing.”

Pressler says he will limit himself to a “one glorious term” if elected, freeing him from the demands of the contemporary senatorial practice of dialing for dollars. Though his shoestring campaign may still be a long shot, Pressler says the moment is right for a post-partisan candidate. “We’ve seeing something very significant happening in American politics,” he says.

At the very least, something strange is stirring out on the prairie. 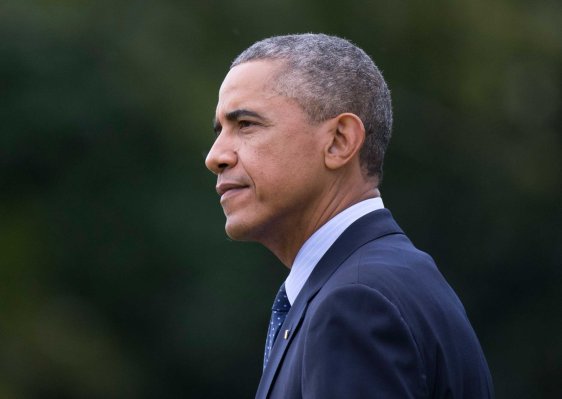 Democrats See Obamacare Silver Lining for 2014
Next Up: Editor's Pick