While you may think of YouTube as a place to check out the latest in funny animal videos, there’s a lot of content that caters to the brain rather than the funny bone.

We’ve found the best and brightest videos for you to enjoy when you need to stretch your mental muscles. These cover a variety of topics, but they’re all guaranteed to make you look at the world around you at least a little bit differently.

Dan Gilbert: Why Are We Happy? Why Aren’t We Happy?

Scientist Dan Gilbert has made some surprising discoveries about happiness. For example, lottery winners and paraplegics both have about the same level of happiness one year after the event that changed their lives. How is that possible?

Gilbert explains how our long-term happiness is not on based getting what we want, but how our brains react when we don’t get what we want. And he demonstrates this by way of Mick Jagger, Monet and amnesiacs. Confused? Watch this 22-minute video as he talks about exactly how this works based on his scientific studies into the matter.

One of the most brilliant scientists of our time not only discusses how the universe began and the probability of alien contact, but how that information determines how we should proceed in the future. Given mankind’s selfish and aggressive expansion, Stephen Hawking makes a case for space exploration so that we can continue to thrive on other habitable worlds.

If you are pursuing creative endeavors, either professionally or personally, this talk by the author of best-seller of Eat, Pray, Love is for you. She questions the assumption we all have that creativity and suffering go hand-in-hand, and challenges creative people to look at their work and their life’s passion to create in a different, more positive light.

Father of two, Colin Stokes wonders aloud, “Why is there so much Force in the movies we have for our kids and so little Yellow Brick Road?” By that, he means films aimed at boys tend to teach them that violence is the answer and a woman is their prize (i.e. Star Wars.) And films aimed at girls tend to teach them to work together and make allies to overcome problems (i.e. The Wizard of Oz.)

The question he has: why aren’t there films focused on gaining allies and solving things diplomatically aimed at boys? Why aren’t there more films that teach young men not to objectify women and treat them as the reward they are entitled to? Most importantly, Colin talks about what we as parents can do about it.

Is there an algorithm for love? Statistician Amy Webb analyzed not only what she wanted out of a potential husband, but also what men she liked were looking for. Using this process, she altered her online dating profile and it caught the eye of the man she would end up marrying.

This is not just a story about how to find the ideal mate, but how to approach any passion in your life in a way that gets you what you want in a smart way designed for success.

Though the “Last Lecture” series at Carnegie Mellon University is themed around what the professors’ last lectures would be, for Randy Pausch, who had recently been diagnosed with terminal cancer, this would literally be his last lecture. But don’t think this video is a downer because Pausch is dying: He’s in good humor, and you’re guaranteed to crack a smile while watching his inspirational talk about how to live life to its fullest.

Told through Pausch’s reminiscing, his lecture focuses on achieving one’s childhood dreams and, even better, how to help others achieve their dreams. At over an hour in length, it’s well worth your time.

Several years before his death, the Apple CEO gave the commencement address to the graduates at Stanford University. In it, he talks about his own life: He dropped out of college after six months, unable to see the value in whiling away all of his parents’ savings. He didn’t know how at the time, but he hoped it would all work out — and if you know anything about the story of his life, it did.

His message of believing in yourself and following your own path is full of humor and insight. It isn’t to be missed and only clocks in at a little more than 15 minutes.

Susan Cain: The Power of Introverts

We live in a world that doesn’t always cater to the needs of introverts—a personality type that accounts for a third to half of all people and tends to prefer quiet over loud, isolation over socialization. Cain, an introvert and the author of Quiet: The Power of Introverts, offers a thought-provoking argument that suggests introverts have as much to offer the world as their extroverted brethren.

One of the more popular TEDTalks, The Power of Introverts runs just under 20 minutes and may make you see a new side of yourself or those around you.

Don’t know what a filter bubble is? It’s a phenomenon unique to the Internet-era in which our interests and preferences tailor the kinds of content we see on search engines and social channels. And while it can be helpful in directing us to the information most relevant to us, in this nine-minute TEDTalk, Eli Pariser explains that it can also prevent us from seeing opposing viewpoints.

Sheryl Sandberg: Why We Have Too Few Women Leaders

Facebook COO Sheryl Sandberg is well-known as a business leader who’s been outspoken on the subject of women in the workplace. So it’s no surprise that when she spoke at a TED Conference, she gave a 15-minute passionate argument for why we need more women leaders in the world. She also focuses on the messages we send women about working and the messages we send our daughters as well.

This article was written by Elizabeth Harper and originally appeared on Techlicious. 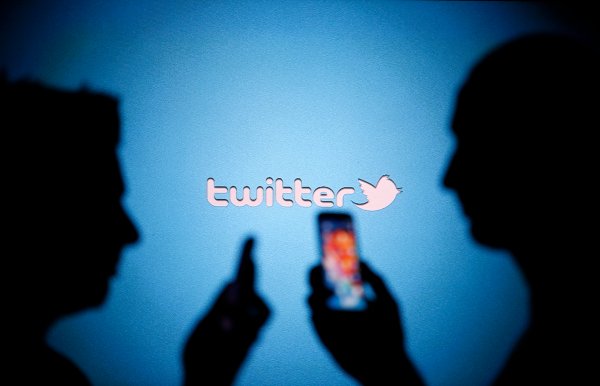