From Left: The nephew of Thomas Eric Duncan, the first patient diagnosed with Ebola on U.S. soil, and Nowai Korkoyah Duncan's mother attend a news conference in Dallas on Oct. 7, 2014.
Jim Young—Reuters
By Alexandra Sifferlin

Thomas Eric Duncan, the first person to be diagnosed with Ebola inside the United States amid an outbreak that has killed thousands in Africa, died Wednesday. His death was confirmed by the Dallas hospital where he was being treated.

“It is with profound sadness and heartfelt disappointment that we must inform you of the death of Thomas Eric Duncan this morning at 7:51 a.m.,” Texas Health Presbyterian Hospital said on Facebook. “Mr. Duncan succumbed to an insidious disease, Ebola. He fought courageously in this battle. Our professionals, the doctors and nurses in the unit, as well as the entire Texas Health Presbyterian Hospital Dallas community, are also grieving his passing. We have offered the family our support and condolences at this difficult time.”

Duncan’s liver function had been improving, and he was receiving the experimental drug brincidofovir. He was on a ventilator receiving kidney dialysis.

Duncan’s journey to the hospital bed began when he helped the pregnant daughter of a neighbor in the housing complex where he lived in Liberia, to the hospital. The expectant mother was convulsing and sick with symptoms that are the hallmark of Ebola. When the hospital, which was already full of patients, turned them away, Duncan and the woman’s relatives rode in a taxi back to their home, Duncan sitting in the front. All helped to carry the woman back to her room, where she died. Four days after helping his neighbor, Duncan boarded a flight to Brussels, where boarded another flight to Washington, D.C., and eventually to Dallas. All who were in the car that day, including Duncan, have now died as well.

“His suffering is over. My family is in deep sadness and grief, but we leave him in the hands of God,” Louise Troh, Duncan’s girlfriend, said in a statement. “Our deepest sympathies go out to his father and family in Liberia and here in America. Eric was a wonderful man who showed compassion toward all.”

Troh and Duncan had had a relationship and a son 16 years before. The two had met while both were in a refugee camp in the Ivory Coast, among the more than 700,000 Liberians who fled their homeland during the brutal civil war that raged there throughout the 1990s. Duncan’s half brother, Wilfred Smallwood, who lives in Phoenix, told the Star-Telegram that Duncan had come to the U.S. to marry Troh.

Troh thanked the Dallas community, the church and the Liberian community, as well as County Judge Jenkins, among others. Notably, Troh left out Texas Health Presbyterian Hospital. “I trust a thorough examination will take place regarding all aspects of his care,” she said. “I am now dealing with the sorrow and anger that his son was not able to see him before he died. It will take time, but in the end, I believe in a merciful God.” 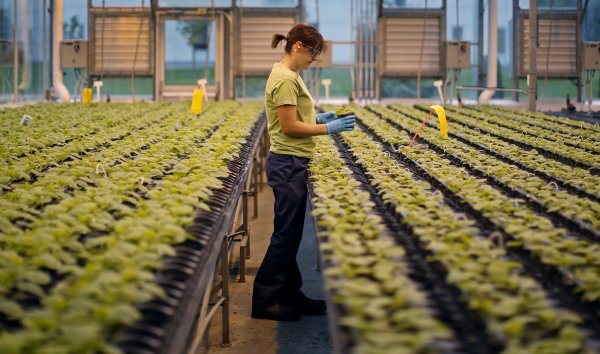 Here’s How Tobacco Leaves Are Becoming Ebola Drug Factories
Next Up: Editor's Pick