Fall is here, so now’s a good time to get your palate adjusted from the sweet tastes of summer to foods a little more savory. One hearty treat you don’t want to miss: mushrooms. Not only are they low in sodium, you can add them to just about any dish, from hamburgers to pasta. Check out the other reasons why mushrooms make sense for a healthy diet:

They have a unique flavor profile

You’re familiar by now with the four primary tastes: salty, sweet, bitter, and sour. But there’s another one you may not know as well called umami (pronounced oo-MAH-mee). It’s actually the fifth basic taste thanks to certain chemicals like glutamate and guanylate that occur naturally in food, according to the Umami Information Council. Mushrooms happen to be one of those lucky foods that take on a broth-like or meaty flavor. The taste also comes in handy for preparing healthy dishes. “Because umami flavor is so robust, it allows you to use less salt when cooking,” says Cynthia Sass, MPH, RD, Health‘s contributing nutrition editor.

A recent study in the Journal of Food Science, which was funded by the Mushroom Council, found that using mushrooms to replace 80% of the beef in a taco mix allowed researchers to reduce sodium by 25% without compromising the flavor. While the researchers used crimini (also known as baby bella) and white button mushrooms, Sass says shitake and enokitake mushrooms are thought to have the strongest umami flavor.

RELATED: 13 Foods That Are Saltier Than You Realize

They’re one of the few plant sources of vitamin D

Vitamin D is just as important for bone health as calcium. If you’re running low, the calcium you get from food won’t get absorbed properly, leading to thin and brittle bones. The main source of vitamin D is sunlight hitting your skin, but you can find it in some foods. Mushrooms naturally contain small amounts of vitamin D, and some manufacturers boost the vitamin D by exposing their mushrooms to ultraviolet light.

“When we’re exposed to the sun’s UV rays our bodies produce vitamin D–mushrooms do the same,” Sass says.

For example, a cup of diced raw portabella mushrooms contains 9 IU of vitamin D sans light exposure, according to the USDA, but this shoots up to 313 IU with UV light. (The recommended vitamin D intake is 600 IU a day). Check the label on your mushrooms to find out if they contain vitamin D.

If you’re looking to keep off the pounds, adding mushrooms to your diet could help. The fungi are actually considered a low-energy-density food, meaning you’ll get fewer calories in a bigger portion of food, according to the Mayo Clinic. A study in the journal Appetite, which was funded by the Mushroom Council and the Australian Mushroom Growers Association, had one group of obese adults replace the red meat in their diets with mushrooms for a year. At the end of the trial, the ones on the mushroom diet reported less fat intake, shed more pounds, and achieved a lower body mass index than those on the standard diet. Though there are advantages to keeping some meat in your eating plan, like getting more protein and iron, swapping in mushrooms is a simple way to reduce calorie and fat intake.

They’re a good source of B vitamins

In mushrooms, you’ll find riboflavin, niacin, and pantothenic acid–all B vitamins essential for your nervous system. “The main role of B vitamins is help us turn calories into usable energy,” Sass says. And certain B vitamins have their own special functions. According to the National Institutes of Health, riboflavin aids red blood cell production, niacin helps the digestive system and skin, and pantothenic acid is key for growth. The problem is that all of these are water-soluble, meaning your body can’t hold on to extra stores. So you’ll need to get your fill everyday by eating foods like mushrooms. Other great sources of niacin and riboflavin include peanuts and fortified cereals.

They could help regulate cholesterol

Mushrooms also contain a type of fiber called beta-glucan, studied by researchers for the good it can do your blood vessels. It’s thought that beta-glucans play a role in fat metabolism and help lower overall cholesterol content in the blood. In a small 2007 Bangladesh study, participants ate oyster mushrooms on and off for 24 days. Consuming the mushrooms was associated with a drop in total cholesterol and triglycerides, but levels went back up as soon as they stopped eating them. Good thing you can incorporate mushrooms into a few different recipes. 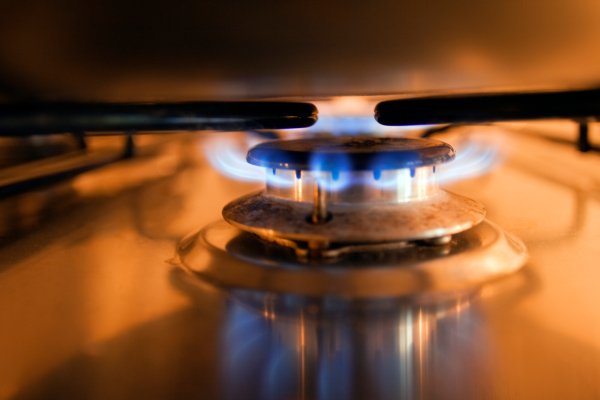 The Case Against Cooking
Next Up: Editor's Pick