Don't Bother Betting on the Nobel Prize for Literature

Maybe it’s because there are way more people who read books than there are people who follow developments in chemistry. Maybe it’s that people like betting, and betting on literature feels more edifying than going to the racetrack. Either way, this week brings the culmination of the speculation around the Nobel Prize in Literature, to be awarded tomorrow. As ever, the chatter is focused around betting on British site Ladbrokes, where, as of this writing, Kenyan writer Ngugi Wa Thiong’o is the odds-on favorite, with Japanese novelist Haruki Murakami pulling a close second. This despite the fact that, speculation aside, the winner is a closely held secret — and the fact that, in recent years, the winner has been someone entirely unexpected.

This speculation is nothing new for Murakami, in fact; he was a favorite among bettors last year, followed by Canadian short-story writer Alice Munro and American scribe Joyce Carol Oates. Munro ended up beating odds only slightly stacked against her and picking up the prize, as did Chinese writer Mo Yan in 2012, when Murakami was, again, the frontrunner. This compilation of bettors’ favorites compared to actual winners by The New Republic indicates just how rare it is for the odds to favor actual winners. The predicted winner is, with some consistency, more famous and more traditionally “awardable” (less experimental, say) than the actual winner. The widely-honored Syrian poet Adonis is often the predicted winner, but Nobels often go to writers that thrive on controversy, like Harold Pinter, or write shockingly explicit books, like Elfreide Jelinek, or work in obscurity, like Jean-Marie Gustave Le Clézio.

There are names that consistently appear, year after year, in Nobel speculation — Murakami, Adonis, Oates, Thomas Pynchon, Philip Roth, Bob Dylan. And their recurrence, as well as the very act of Nobel Prize betting, demeans both the winners and the losers. The Nobel Prize for Literature has for decades now been peculiar and idiosyncratic, as likely to go to a radical playwright or little-read poet as to a more renowned writer. But bettors engage, year after year, in magical thinking, that this will be the year that Murakami or Adonis, about as successful and respected as a novelist and a poet can be, will get an award. When they lose, it becomes a disappointment, and the winner, whoever that is, looks like an interloper.

The Literature Nobel is more fun to speculate upon because literature itself is so subjective; unless prizes for chemistry or physics, with their empirical evidence, one person’s great leap forward for writing is another’s failed experiment. But excitable coverage of the Ladbrokes betting should be taken both with a grain of salt, as it’s usually wrong, and a sense that the real fun of the Nobel is its serendipity. The real frontrunner for the prize, if history is guide, is someone we’re not thinking of — an exciting twist ending. 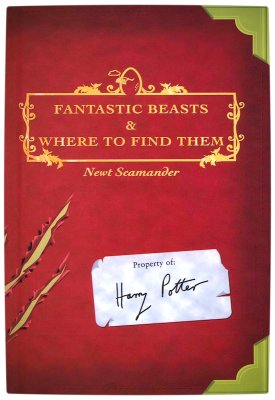 Everything You Need to Know About J.K. Rowling’s New Project
Next Up: Editor's Pick