A Spanish nurse who contracted Ebola in Madrid this week told health authorities at least three times she had a fever before she was finally placed in quarantine, it emerged Wednesday, despite having helped treat a patient who later died of the virus.

The nurse, named by the media as Teresa Romero Ramos, is the first person to have caught the Ebola virus outside of Africa in the current outbreak.

Romero Ramos first called a specialized service dedicated to occupational risk at Carlos III hospital in Madrid on Sept. 30 and complained of a slight fever and fatigue, a government official said, but was advised to visit her local clinic. She called again a few days later,the Guardian reports, but nothing was done.

When Romero Ramos called for a third time on Monday, she was finally transported to a hospital by paramedics who did not wear protective gear. Despite warning staff that she had contracted Ebola, she remained in a bed in the emergency room separated from other patients only by curtains.

“It would have been better if she had entered the hospital on the 30th,” Fernando Simón, emergencies coordinator for the Health Ministry, acknowledged to the press this week.

Some have criticized Spanish authorities for not providing sufficient training in Ebola protocols, and nurses complained that there had been no simulations of Ebola treatment by the time two infected missionaries arrived from west Africa.

The Spanish prime minister Mariano Rajoy said Wednesday morning that the Spanish healthcare system was “one of the best in the world,” and asked that “health professionals, who have a proven reputation, be left to do their work.” 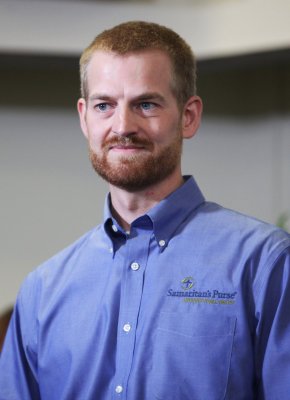