Casey Affleck to Star in Movie About the Boston Marathon Bombing

Out of the Furnace star and Massachusetts native Casey Affleck has reportedly signed on to star in a film about the 2013 Boston Marathon bombing.

According to The Hollywood Reporter, the actor is also set to produce the movie, Boston Strong, which is based on the non-fiction book by journalists Casey Sherman and Dave Wedge. Boston Strong: A City’s Triumph Over Tragedy, which traces the aftermath of the April 15, 2013, attack near the finish line that killed three people and injured many more, was adapted by The Fighter scribes Eric Johnson and Paul Tamasy.

Just like his older brother, Ben, Affleck has maintained strong ties with Boston and has made his name on films set in the city, including Good Will Hunting and Gone Baby Gone. The Afflecks even attended the same high school as Tamerlan and Dzhokhar Tsarnaev, the brothers who allegedly carried out the attack, THR adds.

There’s neither any word yet on what sort of role Affleck would play, nor a slated release date. Affleck and co-producers John Ridley and Dorothy Aufiero are thought to be getting ready to shop the project to studios and financiers soon. 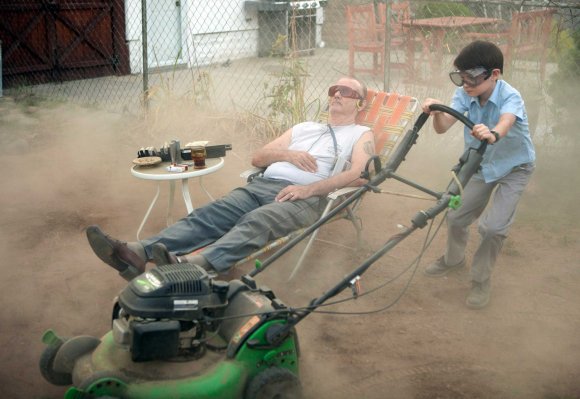 Bill Murray Bestows Some Grace on St. Vincent
Next Up: Editor's Pick