The captain of the ill-fated South Korean ferry that capsized in April killing more than 300 people told a courtroom this week he was “confused and not in his normal state of mind” when the accident occurred.

Lee Joon-seok made the claim repeatedly during his trial in the South Korean city of Gwangju, where he is on trial and charged with negligent homicide, reports the BBC.

Lee says he ordered the vessel to be abandoned but his command was not followed by crew members; however, prosecutors claim this contradicts an earlier statement the captain made to police, the BBC says.

Most of the passengers killed when Sewol capsized, en route to the resort island of Jeju in April 16, were high school students participating in a field trip. The public and politicians alike have lambasted the captain for abandoning his ship while hundreds remained aboard.

Days after the ferry capsized, South Korea’s President Park Geun-hye said the captain and his crew’s actions were “unforgivable” and “murderous.” 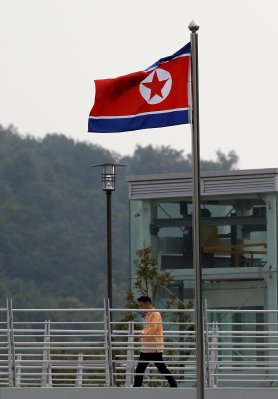 American Arrested Trying to Swim Into North Korea
Next Up: Editor's Pick