Major League Baseball Is Less Competitive Than We Think

Washington starting pitcher Doug Fister (58) as the Washington Nationals play the San Francisco Giants in game two of the NLDS playoffs at AT&T Park in San Francisco CA, October 6, 2014.
The Washington Post—The Washington Post/Getty Images
Ideas
By David Berri
David Berri is a professor of economics at Southern Utah University. He is the lead author of The Wages of Wins and Stumbling on Wins and continues to serve on the editorial board of both Journal of Sports Economics and the International Journal of Sport Finance.

Next January Bud Selig’s reign as baseball’s commissioner will come to an end. For more than 20 years, Selig has guided baseball through labor disputes, a canceled World Series, and steroids. Although these issues seem important, Selig had a different focus when he was asked about his legacy: “When it’s all said and done,” Selig said, “I’d say the economic reformation of the sport because there has been so many manifestations of that. We have the best competitive balance we’ve ever had, and it’s let [sic.] to so many other things.”

Competitive balance refers to how much parity there is among teams in a league. And Selig’s focus on this issue is hardly new. Back in 2002, Major League Baseball and its players faced another contentious labor dispute. The agreement that settled this dispute introduced the competitive balance tax, also called a luxury tax. The league imposed a financial penalty on teams that exceeded a certain payroll threshold, in hopes that these penalties would limit the spending of the richest teams. In fact, when the deal was reached, Selig noted in an interview on PBS, “the issue here was competitive balance, and I feel this deal clearly deals with that.”

So in 2002 Selig believed progress was made with respect to competitive balance. And 12 years later, he thinks this a significant part of his legacy. Unfortunately, the research in sports economics disagrees.

To see this, let’s briefly discuss how one can measure competitive balance. There is a temptation to focus on outcomes in the playoffs. But the post-season in any major professional sports is not a scientific experiment. This is especially true in baseball, where outcomes are often more about luck than team quality (as the Angels just discovered). So if we want to talk about balance — or differences in team quality — we need to focus on the regular season.

Back in the 1980s, Roger Noll and Gerald Scully (in separate work) introduced a measure of balance that “compares the actual performance of a league to the performance that would have occurred if the league had the maximum degree of competitive balance (in the sense that all teams were equal in playing strength).” If a league were perfectly balanced, then the dispersion of regular season wins would match the dispersion from a league that was equal in playing strength. In other words, the Noll-Scully ratio would be 1.00.

In the past 100 years, baseball has never achieved this ideal. In fact, in the first half of the 20th century it wasn’t uncommon for this ratio in the American League and National League to exceed 3.00. In other words, baseball used to be very imbalanced.

To understand why baseball was so imbalanced, consider the people that have historically played Major League Baseball. Prior to Jackie Robinson, the league was essentially just white Americans. Since the population employed was restricted, the league consisted of a few outstanding talents (like Babe Ruth, Honus Wagner, Ty Cobb, etc.) and a collection of less than great players. And as I argued back in February, when outstanding players get to consistently play those with much less talent, the outcome is more predictable and the level of competitive balance much worse.

After Robinson, though, that changed. Once baseball began to consider everyone in America, as well as people from around the world, the supply of outstanding talents increased dramatically. The expanding talent base – as noted by Martin Schmidt and myself in an academic article published 10 years ago – led to an improvement in competitive balance. From 1915 to 1964, the average Noll-Scully ratio was 2.50 in the American League and 2.30 in the National League. In the 50 years since 1964, the ratio in each league was 1.80 in both leagues.

In essence, Selig inherited a game that was already as balanced as it is today. The tax didn’t change anything. And this is not surprising. None of the labor market restrictions leagues have imposed (i.e., salary caps, payroll caps, luxury taxes, etc.) have been shown to statistically impact balance. Balance appears to be primarily about the populations employed. This is why baseball’s balance improved from what we saw in the early 20th century.

And this is why the NBA — where the Noll-Scully ratio is persistently above 2.50 — remains imbalanced. Basketball players tend to be extremely tall. The average height is 6 feet, 7 inches, and across the entire planet these very tall people are in short supply. With such a small population base, the NBA is often games between amazing players (like LeBron James and Tim Duncan) and less amazing players (most everyone else).

So why did Selig focus so much attention on this issue? It’s important to remember that Selig was an owner before he became commissioner. Although owners might argue that labor market restrictions help competitive balance, it’s also clear they have another impact. The restrictions that the owners have advocated for over a century also reduce the bargaining power of players. Consequently — as economist Stefan Szymanski has noted — there are significant differences in how much revenue leagues give their players. In Major League Baseball and the National Football League, less than 55% of league revenue goes to the players (it’s the same story in the NBA). In contrast, English Football Leagues — which play in Europe, where many of the labor market restrictions employed in North America are not permitted — give 76% of their revenue to their players.

The owners’ focus on competitive balance predates Bud Selig. In fact, it first appeared in the 19th century. And across the decades it has paid off. Professional athletes in North America receive less than what Europeans are paid in a less restrained market. So when you hear people like Selig talk about balance, you should remember: This is not about the fan experience. It is really all about the owner’s bottom line.

David Berri is a professor of economics at Southern Utah University. He is the lead author of The Wages of Wins and Stumbling on Wins and continues to serve on the editorial board of both Journal of Sports Economics and the International Journal of Sport Finance. 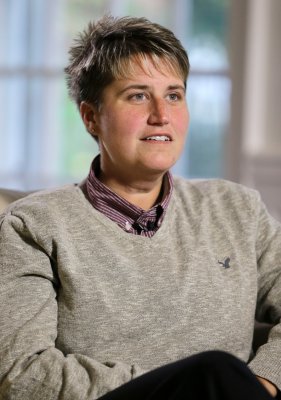 Dear White Ladies, You Will Have To Raise Your Black Baby and Love Every Minute of It
Next Up: Editor's Pick