Harry Potter Fans Think This Is The Answer to J.K. Rowling's Riddle

Harry Potter fanatics are putting their heads together to try and solve a riddle J.K. Rowling posted to Twitter on Monday that seems to be in the form of an anagram. Rowling is certainly no stranger to anagrams, as they come up often in the Potter series: With Lord Voldemort’s name, the triwizard tournament and the Mirror of Erised.

Speculation swirled, of course, that Rowling was hinting at another Potter novel. Considering July’s short story she posted to fansite Pottermore about Harry and crew in their thirties sparked similar rumors, a new wizarding world book didn’t seem too far off.

Rowling joined in on the fanatic fun by providing a slew of hints, which reference fictional character Newton Scamander, the author of the book that’s inspiring the film trilogy of Fantastic Beasts and Where to Find Them, for which Rowling is penning the screenplay.

But fans seem to think the anagram could actually be about the return of Harry himself. Fans posted on Reddit, Twitter and Facebook a solution that reads:

“Harry returns! Wont say any details now. A week off. No comment.”

While this doesn’t quite add up with Rowling’s hint, it does unscramble the words. If Harry made his return to the page, though, the actor who played him in the film series wouldn’t be slipping back into his robes, as he’s repeatedly said he won’t reprise the role. But Emma Watson, who played Hermione, said she’d be up for a cameo in the Fantastic Beasts trilogy.

See if you can solve the anagram yourself with TIME’s interactive solver. 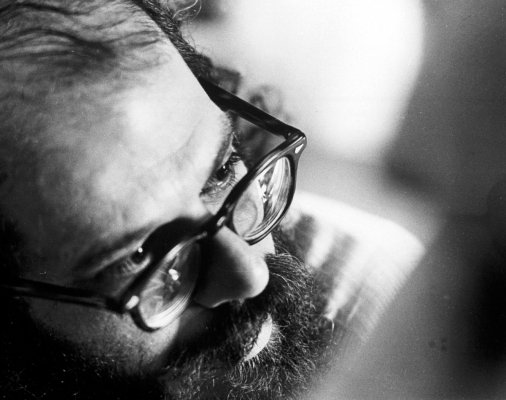 Drunk Poetry Fans and the First Reading of 'Howl'
Next Up: Editor's Pick