Why Star Trek Bringing William Shatner Back Is a Terrible Idea

William Shatner is only the latest entertainment personality (after J. K. Rowling and David Lynch, recently) to create a not-that-hard-to-solve mystery in a “cryptic tweet.” His quickly-deleted tweet, “I’m baaaaccckk!!!,” has been interpreted as a signal that he’ll be reprising his role as Captain James T. Kirk in a new Star Trek film, not least because the actor has admitted to having been in touch with the film franchise’s executive producer J. J. Abrams.

This news is less exciting than it is wince-inducing. A movie franchise that’s always balanced its exciting elements with backward-looking nostalgia may finally have gone over the edge.

For the generation that’s currently buying the most movie tickets, the Star Trek TV series on which Shatner appeared is less an actual cultural artifact than a vague idea. That’s as it should be. The Star Trek that aired from 1966 to 1969 has its ardent fans still, but was not built to last 40 years, if only because fatigue sets in with characters and performers running through the same routines. That’s why successive Star Trek projects, like TV series The Next Generation and Deep Space Nine, kept the formula but revised the makeup of the starship (or space station), and why stars from George Takei to Leonard Nimoy have reinvented themselves in order to stay in the public eye.

All things being equal, a story using the same characters and actors decades later has the strong possibility of staleness. Recycling a performer known for his woodenness and casual approach to emoting only makes that more likely. The first two Star Trek films had, to varying degrees, a fresh approach to decades-old characters, recasting iconic roles with performers able to carry across the wit and irony missing from the earnest 1960s series. Kirk and Spock’s relationship, brought to life by Chris Pine and Zachary Quinto, had real bite and tension in 2009’s franchise reboot, something the sixties TV show couldn’t quite pull off — though the pair’s relationship did get more interesting in the feature films that followed after the series’ end, starting with 1979’s Star Trek: The Motion Picture.

But even the modern reboot films have come right up to the line of retreading old ground at times, in reintroducing Nimoy as an aged version of Spock in the first installment and in reviving the iconic villain Khan (played now by Benedict Cumberbatch) in the second. The most overtly nostalgic aspects of the new Star Trek films are the least successful, because no one, really, is nostalgic for the particulars of Star Trek.

If William Shatner is to return to the Star Trek franchise, it’d be of a piece with all the in-jokes that fell slightly flat in the first two installments, and proof that those behind the new films have been learning all the wrong lessons from success. Star Trek works because it can be revised to speak to new generations, not because there’s hunger to retell old dynamics. The parts of the show that work are a sense of exploration. Star Trek shows no boldness, though, when it goes where it’s already been. 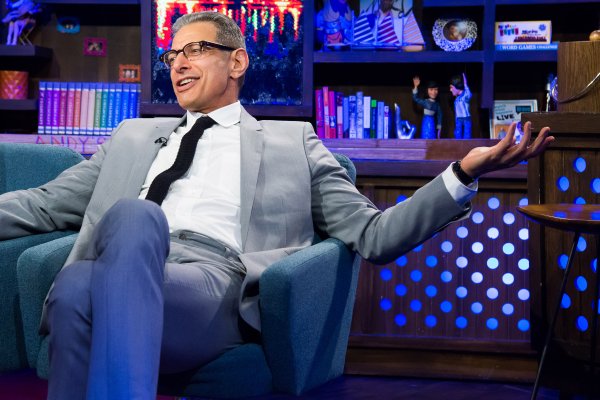 Jeff Goldblum on Independence Day Sequel: 'It's Brewing'
Next Up: Editor's Pick