According to Aziz Ansari, most people are feminists — whether or not they actively call themselves that — because most people believe men and women should have equal rights. The comedian discussed this theory with David Letterman on The Late Show last night after explaining that his chef girlfriend is a “big feminist” and has turned him into one too. Here’s the thing, though: he doesn’t give some big, dramatic speech about feminism. To Ansari, being a feminist just seems like a no-brainer.

“If you look up feminist in the dictionary, it just means someone who believes men and women have equal rights,” he says, after asking fellow feminists in the audience for a round of applause. “But I think the reason people don’t clap is that the word is so weirdly used in our culture. Now, people think feminist means, like, some woman is gonna start yelling at them.”

He continues to add his signature humor to the topic, which is clearly important to him. “I feel like if you do believe that men and women have equal rights, if someone asks if you’re a feminist, you have to say yes, because that is how words work,” he quips, adding a metaphor about a doctor who treats diseases of the skin but deems the word dermatologist “too aggressive.”

Then he throws in another metaphor about Jay Z and Beyoncé and basically this whole speech is perfect and it makes us feel like this. 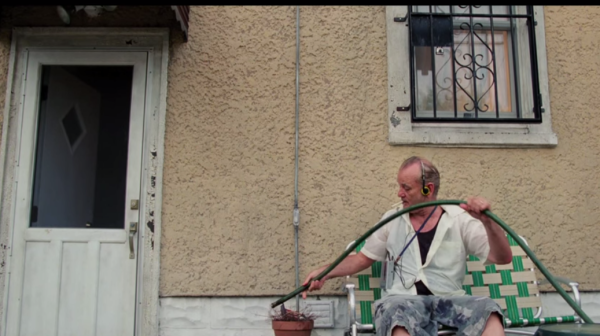 Bill Murray Sings Along to Bob Dylan in New Film
Next Up: Editor's Pick