Phelps was cited for a violation of the organization’s Code of Conduct, specifically for conduct “detrimental to the image or reputation of USA Swimming, a LSC or the sport of swimming.”

Phelps was arrested on Sept. 30 in Maryland for driving under the influence. He was reportedly driving 84 mph in a 45 mph zone.

In addition to DUI, he has been charged with excessive speed and crossing double lane lines.

This is Phelps’ second DUI arrest in ten years. The previous incident, during which Phelps was 19-years-old, resulted in 18 months of probation.

In 2009, Phelps was suspended for three months after photos that appeared to show him smoking marijuana emerged.

A second conviction for DUI could mean up to one year in jail, a $1,000 fine and a six-month suspension of his driver’s license.

Phelps said on Oct. 5 that he would enter a six-week treatment program.

The 29-year-old, who recently began training for the 2016 Olympic games in Rio, hold 22 Olympic medals, including 18 golds. 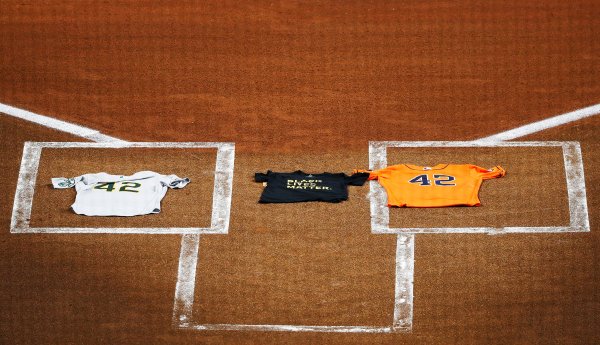 America's Athletes Are Finally in a Position to Demand Real Change. And They Know It
EDIT POST