Ted Cruz: We Must Amend U.S. Constitution to Defend Marriage

Senator Ted Cruz (R—Tex.) announced Monday that he will introduce a constitutional amendment barring the federal government and the courts from overturning state marriage laws.

“By refusing to rule if the States can define marriage, the Supreme Court is abdicating its duty to uphold the Constitution,” Cruz said in a statement. “The fact that the Supreme Court Justices, without providing any explanation whatsoever, have permitted lower courts to strike down so many state marriage laws is astonishing.”

Cruz described the court’s denial of appeals, which paves the away for an expansion of legalized same-sex marriage to as many as 30 states, as “judicial activism at its worst” and “a broad interpretation of the 14th Amendment” guaranteeing equal protection under the law, with “far-reaching consequences.”

The Texas Republican isn’t the first to propose amending the constitution over same-sex marriage. In 2013, following the Supreme Court’s striking down of the Defense of Marriage Act, Rep. Tim Huelskamp (R.-Kan.) introduced legislation for a constitutional amendment banning gay marriage, and House Speaker John Boehner (R-Ohio) and then-House Majority Leader Eric Cantor (formerly R-Va.) proposed a similar amendment back in 2006. 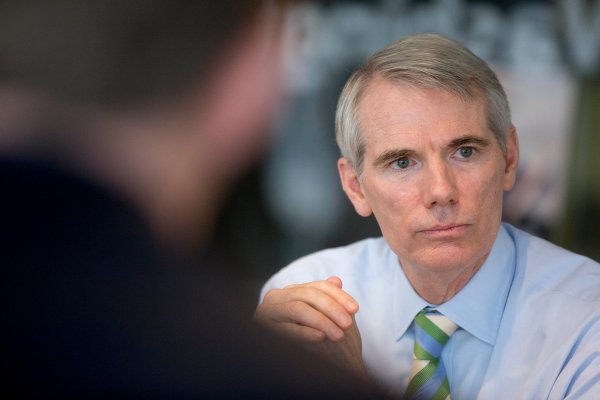