Is There Any Truth to Dale Carnegie’s “How to Win Friends and Influence People”?

Dale Carnegie’s How to Win Friends and Influence People is the classic on getting along well with others.

But is there any real science behind it, or is it just advice that “sounds good”? In the past I’ve broken down old sayings and career advice, let’s see if Carnegie holds up to scrutiny.

Carnegie listed six ways to make people like you.

Actively showing interest in other people is powerful. Merely listening to what they have to say and ask them to tell you more makes you more liked and people more receptive to your requests.

When people speak, the best responses are both active and constructive. What’s that mean?

Smiling does make you more attractive. And by smiling we influence others to smile. People judge things more positively while smiling, so our own smile can set off a chain reaction causing more positive encounters.

Via Choke: What the Secrets of the Brain Reveal About Getting It Right When You Have To:

So there’s truth to “when you’re smiling, the whole world smiles with you.”

How can you improve your smile? Smile slower.

3) “Remember that a person’s name is, to that person, the sweetest and most important sound in any language.”

Your name can affect your life dramatically. You are influenced by namessimilar to your own.

In fact, people with the same last name are much more likely to marry each other.

Via Subliminal: How Your Unconscious Mind Rules Your Behavior:

And, yes, research shows people are more likely to comply with your requests if you remember their name:

4) “Be a good listener. Encourage others to talk about themselves.”

Talking about yourself provides as much pleasure as food or money:

Obviously, we’re all interested in talking about what interests us — and this engagement promotes liking. When women were more engaged in a conversation on a first date, they were much more likely to report being attracted to the guy.

6) “Make the other person feel important – and do it sincerely.”

It’s no surprise that people like to feel important and powerful. Feeling like we’re in control reduces stress:

Money doesn’t increase happiness much, but feeling powerful does. Most people would rather be the big fish in a small pond making $50,000 a year than the small fish in a big pond earning $100,000.

Via The Paradox of Choice: Why More Is Less:

So, yes, there is plenty of science backing up the techniques in How to Win Friends and Influence People.

What are the 6 things that can make you dramatically more persuasive?

How can you learn to be more charismatic? 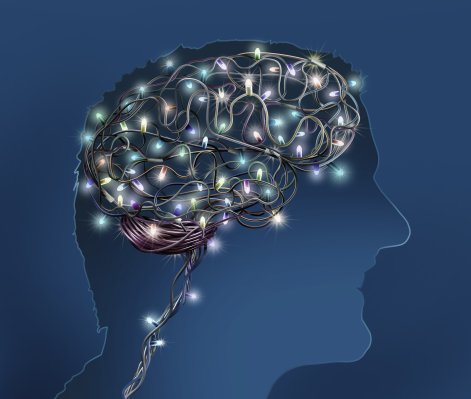 What Are the Three Ways to Train Your Brain to Be Happy?
Next Up: Editor's Pick