Beyoncé and Jay Z were technically the stars of their co-headlining On the Run Tour, which recently aired on HBO as a concert special. But anyone who tuned in to watch music’s reigning power couple go gorillas in Paris knows that the real show-stopping moment occurred when Beyoncé brought out Nicki Minaj to perform their “Flawless” remix. (“Where is Jay Z right now?” asked no one, ever.)

For those without access to HBO — or those unwilling to piece together the performance via Instagram — noted fan of surprises Beyoncé has released the professional-quality edit of the song on YouTube, which you can watch above. 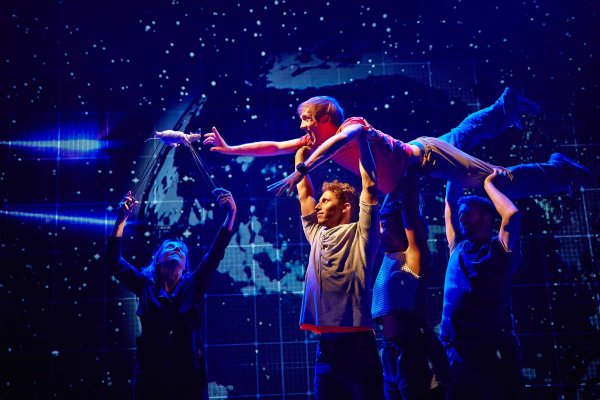 Broadway Mind Games: The Curious Incident of the Dog in the Night-Time
Next Up: Editor's Pick