Author J.K. Rowling attends a photocall ahead of her reading from 'The Casual Vacancy' at the Queen Elizabeth Hall on Sept. 27, 2012 in London.
Ben Pruchnie—Getty Images
By Ashley Ross

J.K. Rowling fans are not strangers to riddles and anagrams. The Harry Potter series’ villain created his name–Lord Voldemort–by making an anagram of the name he was born with. And there were tons of hidden riddles and anagrams throughout the Potter series: The poison potion riddle that could stop Harry and co. from getting to the sorcerer’s stone, the golden egg hint during the Triwizard tournament, and the inscription on the Mirror of Erised.

But now fans have a new one to solve. Rowling, who’s typically active on Twitter, hopped on the social media platform on Sunday after a brief absence to let fans know what she’s been up to.

The screenplay is undoubtedly that of Fantastic Beasts and Where to Find Them, a Potter spinoff and trilogy. But when a fan expressed excitement over what that mysterious unnamed novel might be, the bestselling author chimed in, writing: “See, now I’m tempted to post a riddle or an anagram. Must resist temptation… must work …”

Clearly, she wasn’t working terribly hard, as early Monday morning she returned to Twitter with a mysterious conundrum:

What could it mean? Speculation is swirling, and Potter fans are jumping at the idea that she could be hinting at another Potter novel. Rowling sparked rumors of more Potter adventures in July with a short story updating fans on what Harry, Ron, Hermione and others were like as thirtysomethings.

Fans haven’t seemed to solved it just yet. And Emma Watson, who played brainiac Hermione in the Potter films, hasn’t joined the conversation either, but Rowling offered hints via Twitter for fans eager to solve it referencing fictional character Newton Scamander, the author of the book that’s inspiring the film trilogy of Fantastic Beasts and Where to Find Them.

If only we could hop in the Prefects Bathroom, the answer might just come to us easily. In the meantime, you can give it your best shot with TIME’s interactive anagram solver. The winner gets 50 points for Gryffindor. 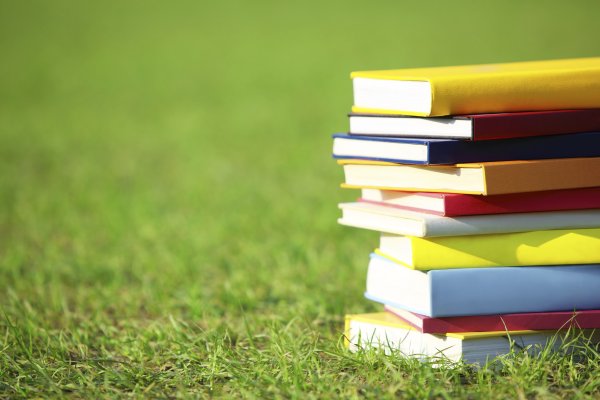 What Are the Top 5 Books You Must Read?
Next Up: Editor's Pick