Showtime is set to relaunch the 1990s classic Twin Peaks in 2016, with the show’s creative forces, David Lynch and Mark Frost, returning to write each of the planned nine episodes. Lynch, too, will be directing each episode. And yet the video announcement of the new season makes no mention of the fellow who had as much to do with the show’s success as Lynch or Frost — Kyle MacLachlan.

MacLachlan was, give or take a Lara Flynn Boyle, the breakout star of Twin Peaks — and given his character, that’s no surprise: Dale Cooper was the special agent who came from out-of-town, whose quirks were out-of-sync with everyone else’s; while the Twin Peaks denizens all indulged devious appetites, Cooper was almost comedically upright, sated simply by cherry pie and coffee. He’s the man of the simplest motivations onscreen.

The actor had worked with David Lynch before Twin Peaks — he was the star of the misbegotten Dune and the male lead of Blue Velvet. The latter film features a young MacLachlan as a sort of proto-Dale Cooper, the simple sort drawn into a world of alluring mystery that threatens at every turn to wreck his surreal goodness. In the post-Twin Peaks years, MacLachlan has elaborated on this persona in intriguing ways: On Sex and the City, he carried a plotline that would have capsized lesser actors, as a surprisingly childlike big-city physician who’s befuddled by adult female sexuality. It wasn’t so far from Dale Cooper. Sex‘s Trey MacDougal was charmingly innocent at times and frustratingly obtuse at others, viewing his wife’s psyche as a puzzle that could be cracked through hard work. Desperate Housewives was consistent in nothing but its inconsistencies, but MacLachlan, in his extended run on the show, made for a great counterpart to Marcia Cross. Both performers are rather alien in their virtuous perfection; when MacLachlan left, the fun of the show did, too.

More recently, MacLachlan’s been in the cast of Portlandia, where he’s played yet another variation on his persona — the doofy mayor who’s so entranced by the enigma of other people that he takes any suggestion he’s given. Though MacLachlan’s character’s fate at the end of Twin Peaks was left ambiguous, Twin Peaks needs him. And it’s a good thing he’s free. Movie stardom evaded MacLachlan, but thanks to the persona he honed with David Lynch, the once (and future?) Dale Cooper has become one of the best character actors on TV. 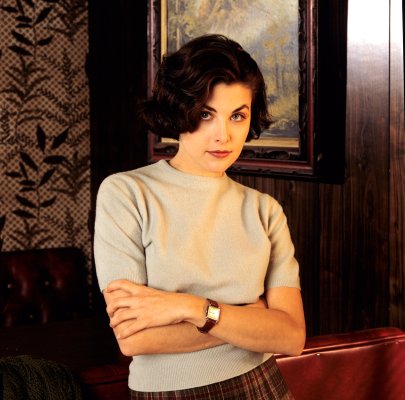 Be Excited for the New Twin Peaks, Even If It'll Be Awful
Next Up: Editor's Pick