The Hewlett-Packard Co. logo is displayed on the back of the Envy x2 displayed for a photograph in San Francisco, California, on, March 13, 2013.
David Paul Morris—Bloomberg/Getty Images
By Fortune / Andrew Nusca

“Symbolism is important. I learned that in politics.”

That’s what Meg Whitman, chief executive of Hewlett-Packard, told Fortune‘s James Bandler in our May 21, 2012 cover story on the company and its woes. Back then, HP was in disarray. Léo Apotheker had taken the reins after Mark Hurd, now co-CEO of Oracle, had left the company in tatters. “Mice skittered in the corridors. Spiders fell from cracked ceilings,” Bandler wrote. “As the company cut back on trash pickups, detritus piled up, and in one location workers took garbage home in their cars.”

Apotheker, a former executive at the German software giant SAP, was supposed to be the answer, but his decision to acquire Autonomy, a British enterprise software company, for $10.3 billion was a flashpoint that sealed his fate. He would last less than a year in the top position. Whitman was appointed to replace him in September 2011. A month later, she told the New York Times the following: “First and foremost, H.P. is a hardware company. We want to build out our software, but I don’t think we are done yet on hardware.”

On Monday morning, almost three years to the day that she took HP’s top job, Whitman declared the “One HP” mission over. Hewlett-Packard will split into two companies: Hewlett-Packard Enterprise, which will specialize in enterprise technology infrastructure, software, and services; and HP Inc, which will focus on PCs and printers.

HP will remain a hardware company. Hewlett-Packard will not. 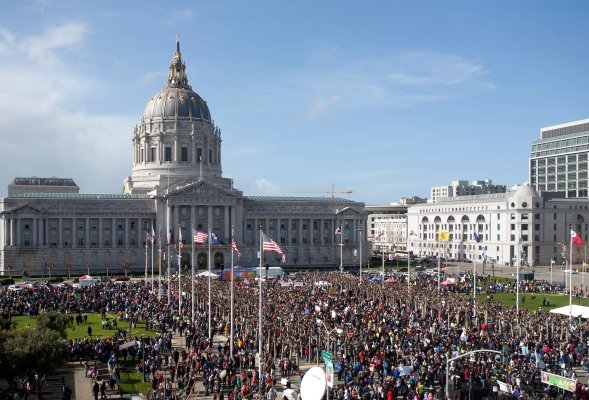