Ebola and the New Isolationism

Ideas
By David Quammen
Acclaimed science writer David Quammen, author of EBOLA: The Natural and Human History of a Deadly Virus (Norton), first came near the Ebola virus while he was traveling in the jungles of Gabon, accompanied by local men whose village had been devastated by a recent outbreak. In his book, he tells the story of Ebola—its past, present, and unknowable future.

Ebola has come to America, and the levels of alarm and confusion over this fearful virus have risen to new highs. With the case numbers continuing to climb in West Africa; with the scenes of misery and death in Monrovia, Freetown and other places reaching us through the media; and with the early mishandling of the case of Thomas Eric Duncan in Dallas, we’re seeing legitimate concern among many Americans about the protection of themselves and their families as well as loose talk about isolationist measures toward achieving that. Some people have suggested that we close airports, put entire countries within some kind of quarantine barrier and try to protect the U.S. from the threat of Ebola by isolating ourselves or others.

Let’s close our borders to West Africans, some voices are saying. Better still, let’s close down Liberia and let no flights out. Or close U.S. airports to any incoming international flights. I’ve seen all those ideas offered in the flood of angry emails and tweets I’ve received recently on the subject of Ebola.

Isolation is, indisputably, an important part of the fight against Ebola virus disease. But the form of isolation that’s crucial and feasible is isolation of individual patients—keeping them apart from other people during the symptomatic, infectious stages of their illness. This form of isolation depends on special wards and dedicated hospitals, containment suites where available, buildings converted to makeshift treatment centers, tents and plastic fences when nothing more can be had, plus the simple technique of barrier nursing, supported by tools such as masks, aprons, goggles, examination gloves, rubber boots, duct tape, bleach and plastic buckets to hold bleach solution for washing hands. Ebola is not a preternatural miasma; it’s a fluid-borne virus that can be stopped. If a patient dies, the isolation continues: trained burial workers in full protective gear handle the corpse, and the bereaved family and friends say their goodbyes from a safe distance. That’s hard but necessary.

Isolation along national or regional boundaries or by categories of people is more problematic. Senegal closed its borders with Guinea in late August—at least those portions of the border that can’t be crossed freely by foot. The porosity of the borders of the three countries mainly affected (Guinea, Liberia and Sierra Leone) has been cited as one of the critical factors that allowed the outbreak to spread. But in rural landscapes of scattered forests, small villages and trails, porosity can’t be fixed with a few checkpoints. Liberia’s government sealed off a poor neighborhood of Monrovia around the same time using barbed wire, wooden barricades and armed police with riot shields and helmets; this worked badly, provoking outrage and riots. Eleven days later, the neighborhood was reopened.

With intercontinental travel, there are even greater complications. How does a government prevent infected people who are not overtly sick from boarding a flight? A reporter at last week’s White House press conference on Ebola suggested withholding visas for travel to the U.S. until the Ebola-free health of each traveler had been confirmed. But how do you do that? Confine every applicant for 21 days (Ebola’s maximal incubation period) to strict observation before allowing that traveler to board a plane? What about the health professionals, aid workers and journalists who want to go home, to America or elsewhere, either because they have finished a hitch and are exhausted or because they’re infected themselves? Do you deny them the right of return? If so, how many trained people will then answer the call to go to West Africa? And without those brave and expert volunteers, how much worse will the situation get?

When passengers from West Africa disembark at U.S. airports, there should be temperature screening by trained Customs and Border Protection agents and questions posed, with penalties for lying. This precaution isn’t yet in place, according to recent reporting by Elizabeth Cohen of CNN, who returned from Liberia herself and was struck by the lackadaisical scrutiny she got. Stricter procedures and better screening tools are needed. It might even soon be possible to swab each traveler’s inner cheek for a touch of saliva, smear that onto a smartchip, and run the chip through a portable analyzer to detect Ebola RNA. I’m told this wouldn’t take much longer than the time we spend sending our shoes, belts and computers through the X-ray machine. If a person is carrying Ebola, that person must be isolated.

Isolating entire countries is a more difficult proposition. Dr. Tom Frieden, director of the Centers for Disease Control and Prevention, has warned that the impulse to do that could make the Ebola epidemic worse. “Even if we tried to close the border,” Frieden said on Oct. 3, “it wouldn’t work.” In fact, it might backfire, he added, because isolating the affected countries would make helping them hard or impossible, which in turn would allow Ebola “to spread more there, and we’d be more likely to be exposed here.” The world is simply too interconnected. The only way, ultimately, to protect ourselves and our loved ones from Ebola virus disease is to support all efforts toward bringing the West African epidemic to an end.

We’ve got to recognize that isolationism in the face of a 21st century epidemic is not only impracticable but also counterproductive. Ebola right now is a global concern, and the globe, last time I checked, includes America.

Acclaimed science writer Quammen, author of Ebola: The Natural and Human History of a Deadly Virus (Norton), first had proximity to the Ebola virus while he was traveling in the jungles of Gabon, accompanied by local men whose village had been devastated by an outbreak. In this book, he tells the story of Ebola, including its past, present and unknowable future. 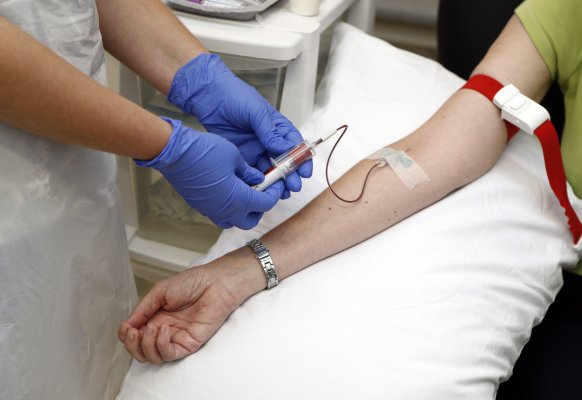 There's a Solution to Ebola—It's Called 'Money'
Next Up: Editor's Pick