As the orchestra was about to play the second act of German Requiem following intermission, a man stood up in the audience and sang, “What side are you on, friend, what side are you on?” according to the St. Louis American. He was soon joined by dozens of the audience members for the second refrain, “justice for Mike Brown is justices for us all.” The demonstrators repeated the verses over and over again, you can watch the video (shot by St. Louis American reporter Rebecca Rivas) above.

Demonstrators in the balconies hung banners that said “‘Requiem for Mike Brown, 1996-2014” and “Racism lives here.” After a few minutes of singing, they started chanting “black lives matter” as they left the theater. The demonstration was organized by Sarah Griesbach, a 42-year old white woman who has been protesting against racial inequalities in the St. Louis area since Brown’s death in early August. 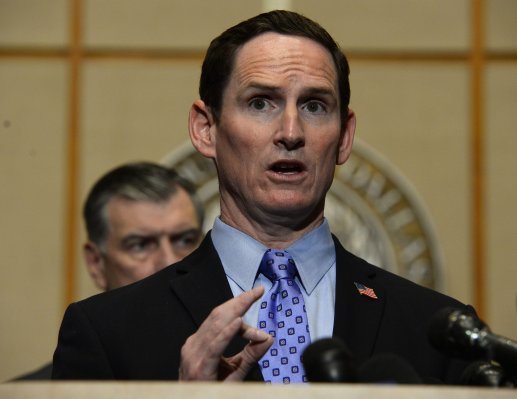 Meet the Texas Judge Fighting Fear and Ebola
Next Up: Editor's Pick