Last night, former child star Raven-Symoné sat down with Oprah Winfrey to discuss what had seemed to be her coming out last summer in a tweet.

But on Winfrey’s couch, the That’s So Raven and Cosby Show actress seemed to fall into a very common rhetorical pattern among celebrities, saying that her sexuality is something that cannot be labeled — that, indeed, she’s post-gay. While conceding to Winfrey that she’s in a relationship with a woman, Raven-Symoné said, “I don’t want to be labeled ‘gay.’ I want to be labeled ‘a human who loves humans.'”

While the extent to which Raven-Symoné rejects labels is fairly new, she’s hardly the first celebrity to push back against categorization as “gay” — even while acknowledging a same-sex relationship. Neil Patrick Harris, in 2009, told an interviewer he was inspired by a Real World cast member who “was seemingly so confident in their own skin that they didn’t need to wear their sexuality […] Or to flaunt their sexuality?” Though Harris is one of the most successful openly gay celebrities, even he has made it clear that it’s much easier to back away from being identified, first, as gay. To be open about one’s relationship is one thing; to be “labeled” is to become far less hireable.

Just about every major gay star of the recent past has come out with a caveat — that they don’t want this to be the only thing we know about them. Olympic diver Tom Daley told a magazine that “I don’t think it matters who you choose to be in a relationship with”; Jodie Foster acknowledged the woman with whom she’d raised her children at the Golden Globes within the context of a speech about how stars’ personal lives ought to be private. Anderson Cooper came out in a letter in which he hectored his reader: “In a perfect world, I don’t think it’s anyone else’s business.”

It’s easy to understand why this happens: for many celebrities, being gay means dating entirely in private, and shying away from identifying as a member of a community. Because their work takes place in public, some trepidation is an understandable response. And yet, even if their visibility is conditional, it still moves the needle. Tempting as it is to want Raven-Symoné to grow out of her obvious discomfort with labels, as Harris and Cooper have, she’s sending a message by the sheer fact of acknowledging her relationship in public — even if the squeamishness and fear embedded in that message makes it frustratingly ambiguous. Her speaking about her relationship is a good first step. Here’s hoping it’s the first of several. 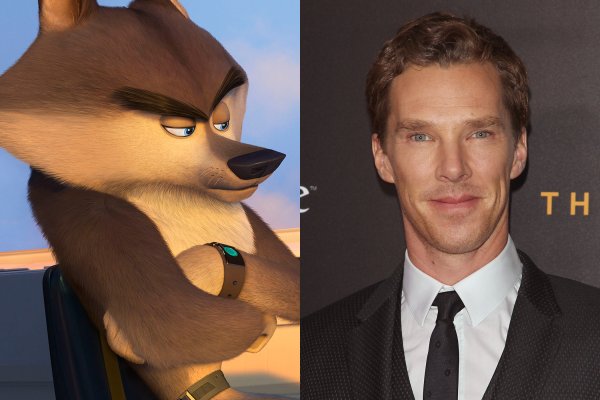 Celebrities You Didn’t Know Were Voice Actors
Next Up: Editor's Pick