If you, like so many people on the Internet, were outraged that Vogue‘s latest cover featured Kim Kardashian and Kanye West, then perhaps you’ll like these doctored versions a bit more.

First, there’s the cover highlighting the beautiful bromance between James Franco and Seth Rogen. The actors Photoshopped themselves into the Annie Leibovitz cover shot, keeping Kim and Kanye’s bodies intact but replacing their heads. The two had previously recreated Kimye’s video for Bound 2. Rogen tweeted the image, saying “It had to be done,” and Franco posted it on Instagram:

And then there’s the Muppets version which trades Kim and Kanye for Miss Piggy and Kermit. (Oh, and it also trades Vogue for Vague.) 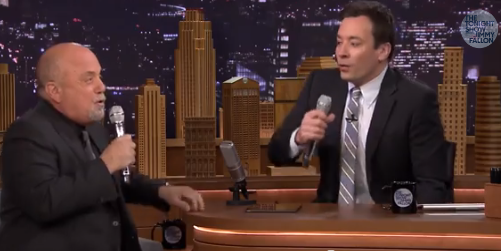