Michael Phelps of the US reacts following the men's 100 m butterfly heat at the Gold Coast Aquatic Centre on the Gold Coast on Aug. 23, 2014.
Patrick Hamilton—AFP/Getty Images
By Nolan Feeney

“I’m going to take some time away to attend a program that will provide the help I need to better understand myself,” the 29-year-old swimmer tweeted on Sunday.

Phelps’ blood-alcohol level was reportedly double the legal limit last Tuesday when he was pulled over after being caught driving 84 mph in a Maryland tunnel with a 45 mph speed limit. Phelps, who authorities say was cooperative during the incident, failed two sobriety tests and gave up on a third. He told police “that’s not happening” when he was asked to attempt standing on one leg.

Later that day, Phelps tweeted a multi-part apology that said he understood “the severity of [his] actions” and was “deeply sorry to everyone [he] let down,”

Phelps was previously charged with a DUI in 2004 after he ran a stop sign.

Phelps has earned 22 Olympic medals, including eight gold medals at the Beijing Olympics in 2008 and four gold medals in the 2012 London Games. Phelps has not confirmed his participation in the Rio Games in 2016. 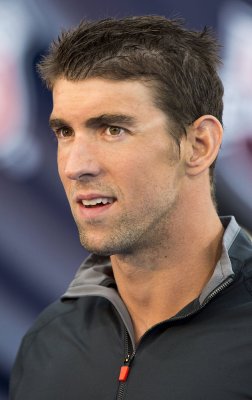