6 Questions You Might Have About Hong Kong's Umbrella Revolution

Hong Kong students are currently protesting for more political freedom and have been using umbrellas to protect themselves from police pepper spray. The umbrellas became a symbol of the movement and gave it its nickname, the Umbrella Revolution. Though protest leaders say their campaign is not a revolution but a civil-disobedience movement, the name Umbrella Revolution has stuck.

2. Who are the main players?

The movement was initiated by a group called Occupy Central With Love & Peace, led by Hong Kong University law professor Benny Tai. Tai’s original agenda was to stage a sit-in on Oct. 1 in Central — the city’s financial district — but he decided to begin a few days earlier to capitalize on political momentum after several students were pepper-sprayed and arrested. That heavy-handed police action also spurred parallel sit-ins in Causeway Bay and across the water in Kowloon.

There are also student groups separate from Occupy Central but with very similar aims. The two main ones are Scholarism, led by a precocious 17-year-old, Joshua Wong, and the Hong Kong Federation of Students, led by Alex Chow, 24, and his deputy, Lester Shum.

3. So what do Hong Kong’s pro-democracy protesters want?

The main demand is full democracy. Protesters want the right to nominate and directly elect the head of the Hong Kong government, known as the chief executive.

China, which resumed sovereignty over Hong Kong after it stopped being a British colony in 1997, wants to screen who can stand for office. Beijing insists that candidates for the chief-executive position must be vetted by an electoral committee of tycoons, oligarchs and pro-Beijing figures.

As a secondary demand, protesters want the current chief executive, Leung Chun-ying, to resign, which he has flatly refused to do. Leung is widely disliked because he is seen as prioritizing China’s interests over Hong Kong’s. He was also indirectly elected by an electoral college of just 1,200 voters, of which 689 voted for him. He is mockingly referred to as “689” after this feeble tally.

The Communist Party insists on maintaining political control. It isn’t about to let China’s most international city — which is already highly porous — choose its own leader, in case an opponent of the Communist Party gets elected as chief executive and becomes an advertisement to the rest of China of the possibility of democratic change.

At the same time, Beijing is aware that Hong Kong, because of its past as a British territory, is a special case. Hong Kong has an independent judiciary, common law, freedom of information and movement, a reasonably free press and so on. The Communist Party thinks this semiautonomy should be enough for Hong Kong, but a well-educated and well-traveled generation of young Hong Kongers wants more. They have always enjoyed Western-style freedoms and want the political enfranchisement that comes with it. They feel little in common with mainland Chinese and want Hong Kong to become politically autonomous — almost independent. These are the people at the forefront of the Umbrella Revolution.

5. Does everyone in Hong Kong support this movement?

No. Many, especially the older generation, are actively opposed to it because they are afraid of antagonizing China. They remember the bloody suppression of the Tiananmen uprising in Beijing in 1989, and point to the currently harsh political climate in China, and conclude that Hong Kong’s Umbrella Revolution is doomed. They argue that, by challenging the party, the students are only inviting Beijing to withdraw the freedoms that Hong Kong does have.

The older generation is also more concerned about economic stability. It’s already hard enough to make a living in hyper-expensive Hong Kong, they say, without sit-ins bringing the city to a halt, and all in the name of a cause that has no hope of winning anyway.

Nobody is really sure. But whether the current occupations end peacefully, with a student withdrawal, or violently, with riot police sent in, one thing is certain: Hong Kong’s democratic movement is only just getting started. It will come out of this with greater skills and experience and it will have groomed young leaders who know how to mobilize hundreds of thousands of people, and who know how to put across their cause in international media. For the party bosses in Beijing, that’s a big headache. Watch this space. 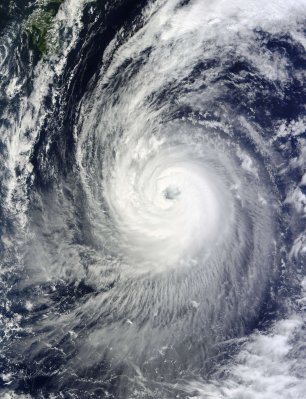